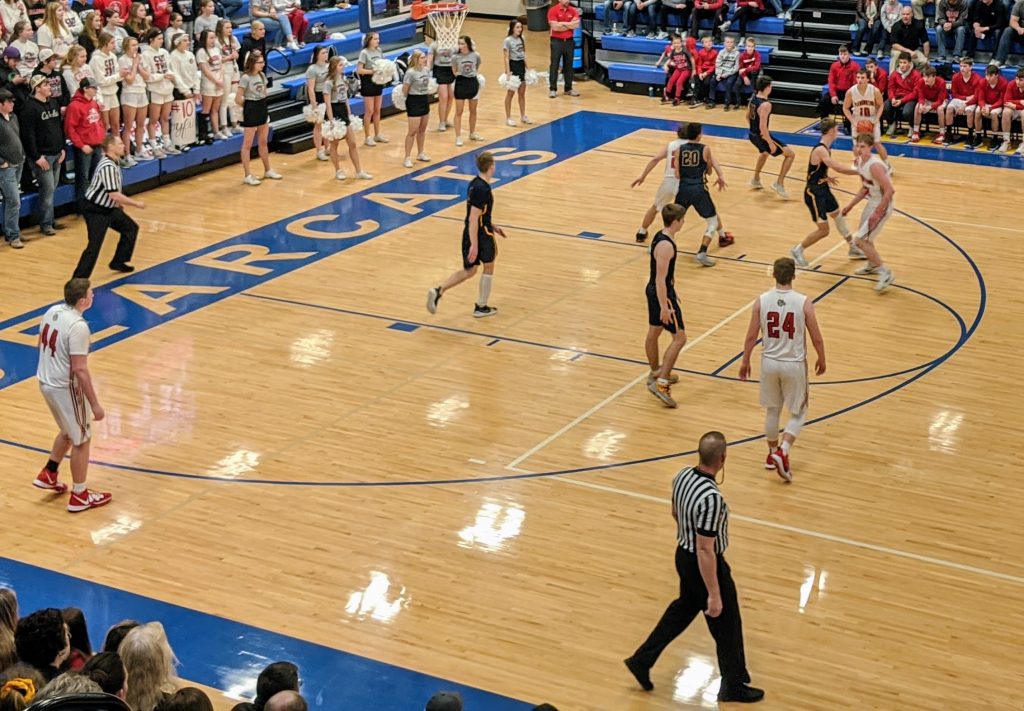 KEARNEY – The Pleasanton Bulldogs beat Elm Creek for the second time this season to move onto the State Tournament in Lincoln next week.  A dominant second quarter in which Pleasanton outscored Elm Creek 15-4 was too much for the Buffaloes to overcome, as the Bulldogs won 51-40.

It was close early, Pleasanton had a 16-14 lead after one quarter. The game changed drastically in the next quarter. It looked like it was going to be a high scoring back to back  affair, but the second quarter put the brakes on that idea. Both teams’ shooting cooled off and the offenses became more deliberate. Kessler Dixon had a nice quarter to spur on the Bulldogs. They went into halftime with a 31-18 lead.

Elm Creek began to chip away at the deficit, led by Gage Claybough who finished with a game-high 19 points.  The Buffaloes got to within four points, but could not get any closer.

Pleasanton makes their first trip down to state since 2011 as they claim their 20th win. Dixon and Brady Klein both finished with 12 points. Tyce Westland was plagued with foul trouble, but finished with 10 points, including seven in the fourth quarter.

Elm Creek finishes the season at 16-9.