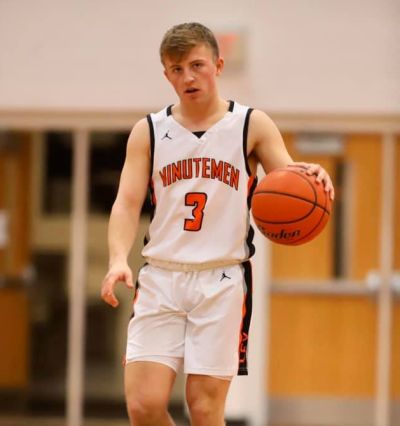 Dylan Richman scored a season high 25 points and became the All time career assists leader at Lexington high school as the Minutemen beat Kearney Catholic last night 67-61. Richman was 12-12 from the free throw line and dished out five assists. He now has 274 career assists and broke the previous record of 272 set by head coach Zac Jones. Lexington jumped out to a 17 point halftime lead before seeing the Stars get as close as 5 in the fourth quarter. Nic Saiz was also in double figures for Lexington as he scored 16. Kearney Catholic was paced by Logan O’Brien who scored 20 as he hit six three pointers. Both Lexington and Kearney Catholic are 8-4 on the season.

In the Girls game, Kearney Catholic used a big run in the second quarter to pull away for Lexington 51-25. The game was tied at 9 midway through the first half, but the Stars closed the first half on an 11-1 run and never looked back. Ashley Keck led Kearney Catholic with 13 points as they improve to 10-2 on the season. Lexington was paced by Sarah Treffer who scored 15 as they fall to 0-13 on the year.