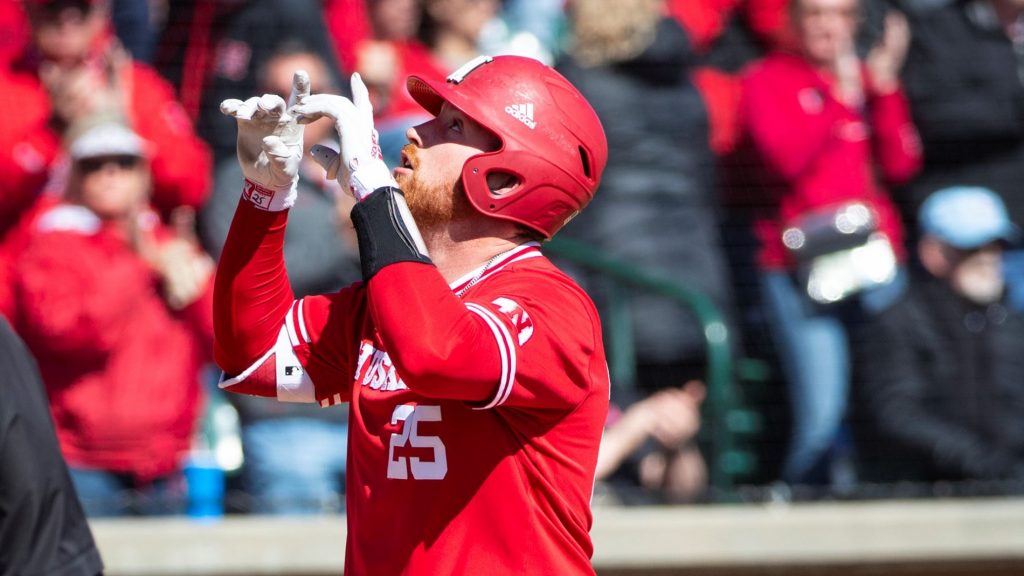 Lincoln – After needing a late-inning rally to win 6-4 in the first game of Saturday’s doubleheader the Nebraska baseball team scored early and often in game two on its way to a 17-5 victory to complete the doubleheader sweep. The Huskers have now won the series against the Gophers and will go for the four-game sweep tomorrow at Noon.

Chaska, Minn., native Luke Roskam hit two home runs in game two, including a grand slam in the bottom of the first. They were Roskam’s 15th and 16th career home runs, while the senior ended the game with a career-high six RBIs.

Jake Bunz allowed just two hits over 4.0 shutout innings in his third start of the year. Bunz cruised through the first three innings before Minnesota started the fourth with a walk and a single, but the left hander bounced back with three straight strikeouts. Bunz matched career highs with 4.0 innings and five strikeouts.

Nebraska jumped out to a 4-0 lead in the first on Roskam’s grand slam. Joe Acker led off the inning with a single and Jaxon Hallmark followed with a walk. Minnesota starter Patrick Fredrickson responded with a fly out and ground out before he loaded the bases with a two-out walk to Max Anderson. Roskam stepped in and lifted the second pitch of his at bat over the fence in right-center field for his second home run of the season.

The Husker offense blew the game open in the third with eight runs, staring with Chick’s two-run mammoth blast to right field. NU sent 11 batters to the plat in the inning and Chick notched his second extra-base hit of the frame when he delivered a RBI double.

The Gophers got on the board in the top of the fifth when they took advantage of a Husker error, but NU responded with four more runs in the bottom of the frame. After Anderson drove in a run with a sacrifice fly, Hallmark scored on a passed ball and then Roskam came to the plate again and hit a two-run homer to nearly the exact spot he hit his grand slam in the first inning.

Banjoff added a solo home run with two outs in the bottom of the sixth, his first home run of the season, pushing Nebraska’s lead to 17-1.

The Huskers and Gophers finish their four-game series tomorrow, with first pitch set for Noon.