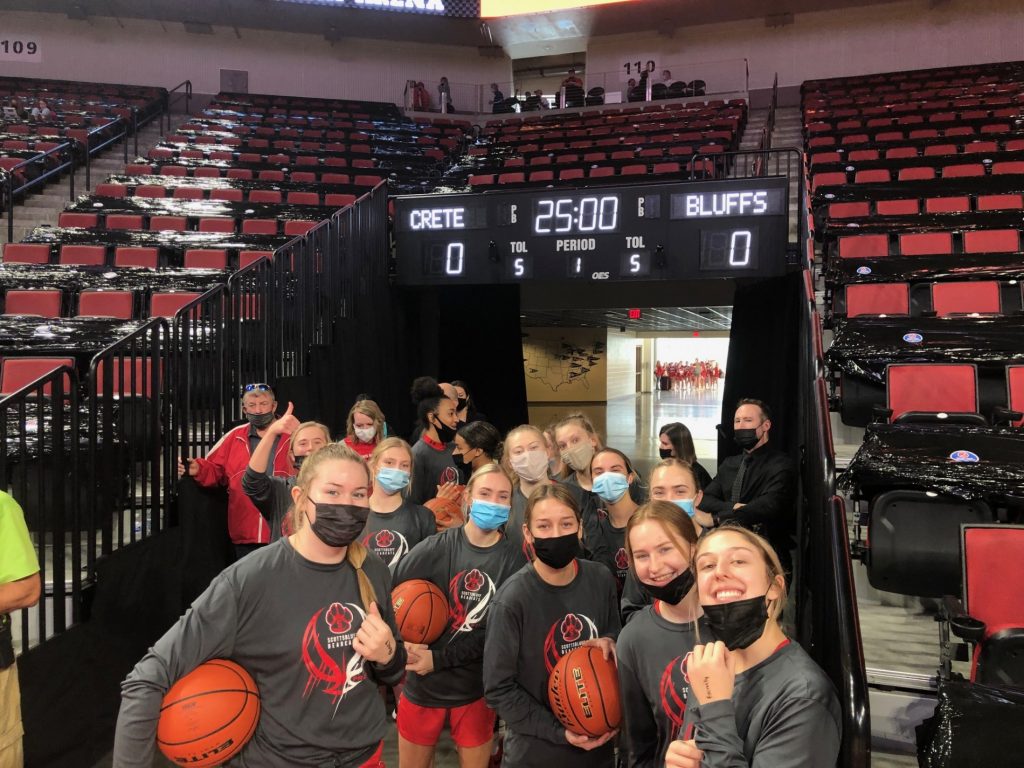 The Scottsbluff Lady Bearcats knocked off the defending state champions on Wednesday morning and in the process advanced to the Class B state tournament semifinals, after beating Crete 34-20 at Pinnacle Bank Arena.

When you’re on the winning side you don’t really care how rough the game was offensively.

Scottsbluff held Crete scoreless in the second quarter and there were only four total baskets in the first half. The Scottsbluff defense (along with just poor shooting from Crete) held the Cardinals to a total of 5 points in the second and third quarters combined.

The best player on the court was Scottsbluff sophomore post player Sabrina Harsh, who led all scorers with 17 points while blocking more than a handful of shots and cleaning up on the glass. There was no answer for Harsh’s physicality.

Harsh also plays with such a fun spirit. Head Coach Dave Bollish on the postgame show credited the leadership of the team in helping bring along Harsh’s game throughout the season.

She’s a force right now that the rest of the team feeds off of.

Let’s not forget the Wright twins. On a cold shooting day for both teams it was a pair of huge three pointers, one from Izzy and one from Cali, that helped keep Crete at a distance and get Scottsbluff to the winners circle.

It’s the second straight season that Scottsbluff has won a first round game at the state tournament.

Scottsbluff will get Thursday off before taking on #2 seed Elkhorn North in the semifinals on Friday at 3 pm mountain time at Pinnacle Bank Arena.