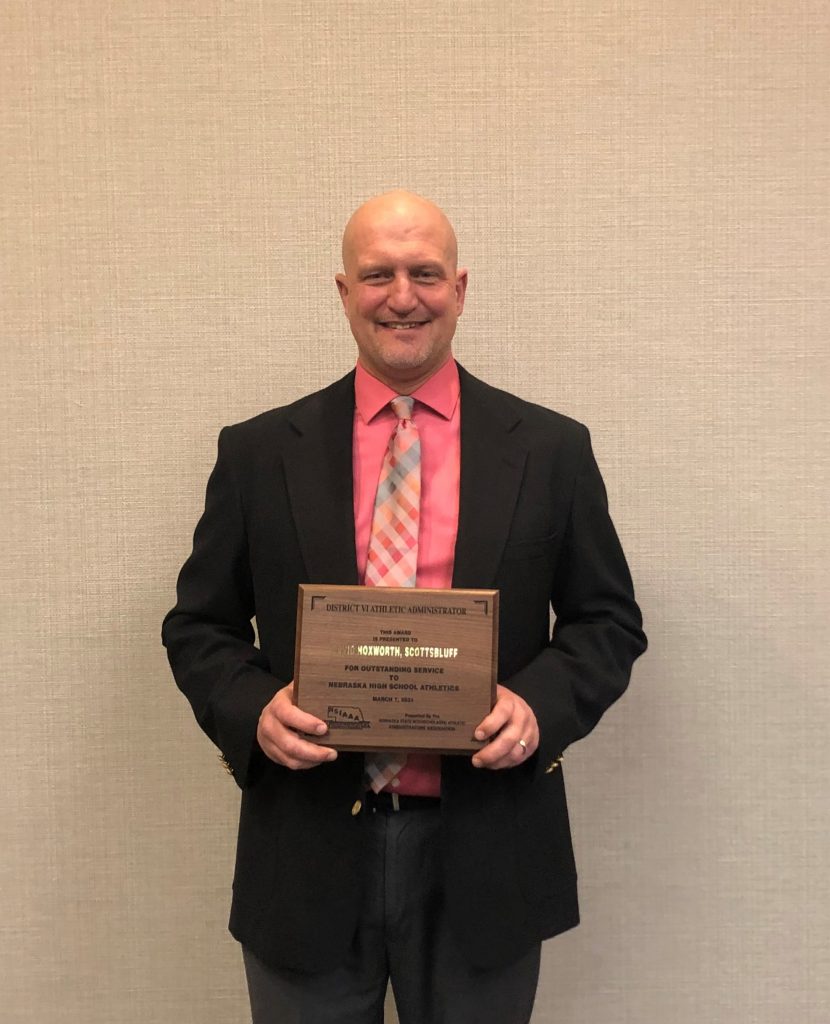 SBPS Activities Director Dave Hoxworth was awarded District VI Athletic Director of the Year.  This peer nominated award, was given to Hoxworth for his dedication to school activities both in Scottsbluff and throughout the region.  Hoxworth has been the Scottsbluff Activities Director since 2015, before that serving as Assistant AD and Dean of Students/Assistant Principal at Bluffs Middle School.  In his 27 years in education, spent entirely at Scottsbluff Public Schools, he has taught countless physical education classes at the elementary and middle school levels as well as coached football and both boys and girls basketball at various levels.

SBPS Activities volunteers Lee and Bonnie Dick were recognized with the Outstanding Service Award for District IV.   They were nominated for the countless hours they both give to Scottsbluff Activities.  Bonnie, who retired from SBPS in 2007 after spending 37 years in education is seen working every athletic season taking tickets, selling season passes and operating the score book.  Lee, who was the Scottsbluff Activities director for 13 years before retiring in 2012 helps with ticket taking, announcing track meets, running track events, and operating the score clock and score book at a variety of Scottsbluff activities.  In addition, Lee officiates both varsity and lower level volleyball matches throughout the Panhandle.

SBPS would like to thank Dave Hoxworth and Lee and Bonnie Dick for their commitment to Scottsbluff Activities.