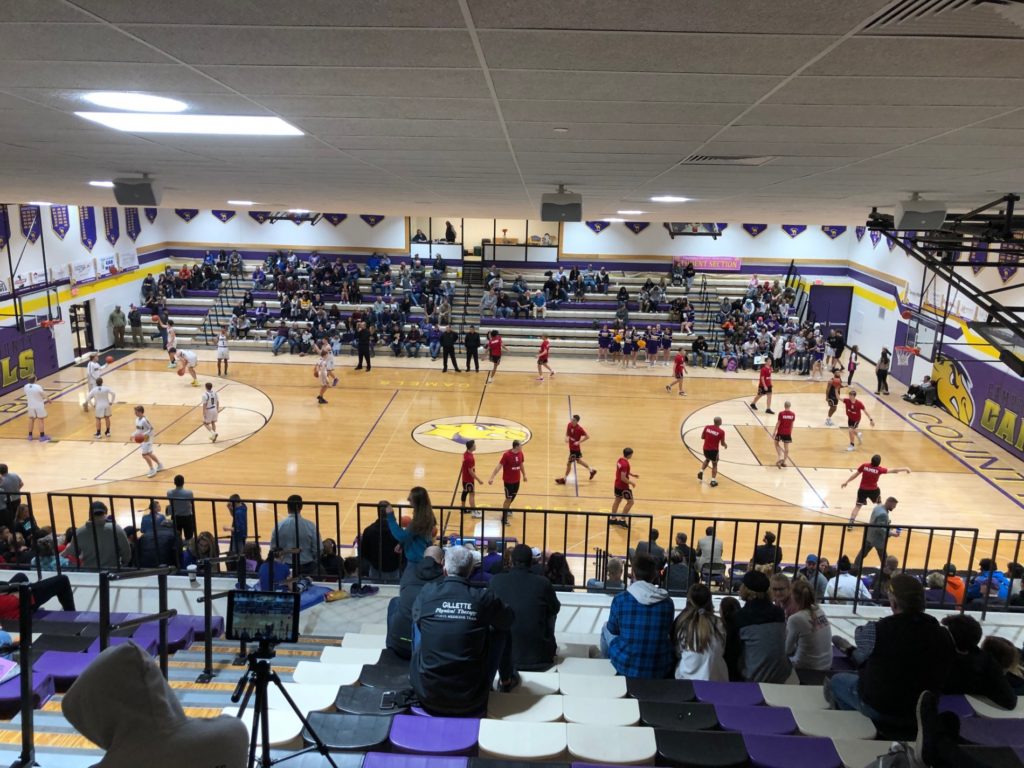 On day one of the RE/MAX Professionals Gillette Basketball Tournament the Scottsbluff girls and boys split their games with the host school, Campbell County.

In the opener it was the Lady Camels defeating the Scottsbluff girls 48-46. Scottsbluff had a shot to win it at the buzzer but freshman Payton Burda’s three pointer was off the mark.

Even in the loss the Lady Bearcats showed a ton of grit, battling back from down by 14 points to have a shot in the closing moments.

Trailing 34-20 in the third quarter, Scottsbluff went on a 14-0 run to tie the game up. The run was keyed by Aubry Krentz. Held scoreless in the first half, Krentz hit three three pointers during the 14-0 run and she scored all 15 of her points in the second half.

Yara Garcia led the team in scoring with 17 points and Mariyah Avila finished with 8 points on the night.

With the loss the Scottsbluff girls dropped to 2-2 on the year.

Today they’ll play Cody WY at 4:00 and we’ll have coverage on 106.9 The Trail and KHYYfm.com starting at approximately 3:45.

The second game of the night was also a thriller as the Scottsbluff boys were finally able to get over the hump in the second half to survive on the road and improve to 4-0 with a 62-60 win over Campbell County.

Similar to the first game there was a shot at the buzzer that would have won it.

With the score 62-59 and Camels junior guard Luke Hladky at the line, he made the first free throw and intentionally missed the second one. The ball was batted out to the left wing where Camels sharpshooter Jefferson Neary was waiting. Neary let it fly, with a late contest from Jack Darnell, but it was off the mark and the Bearcats survived for the two point win.

Down the stretch in the fourth quarter it was senior guard Jasiya DeOllos scoring 10 of his team high 22 points.

Scottsbluff had four players in double figures; DeOllos along with Dawson Mohr, who had 15, Chance Parker finished with 13 points, while Sabastian Harsh scored 10.

Disappointingly, both the girls and boys have the same start times for games today and tomorrow. As mentioned above we’ll carry the girls game vs. Cody WY today. The boys will also play Cody at 4:30.

On Saturday we’ll switch to boys coverage as they play Rapid City Central at 12:30. Coverage can be found on 106.9 The Trail and KHYYfm.com starting at 12:15.