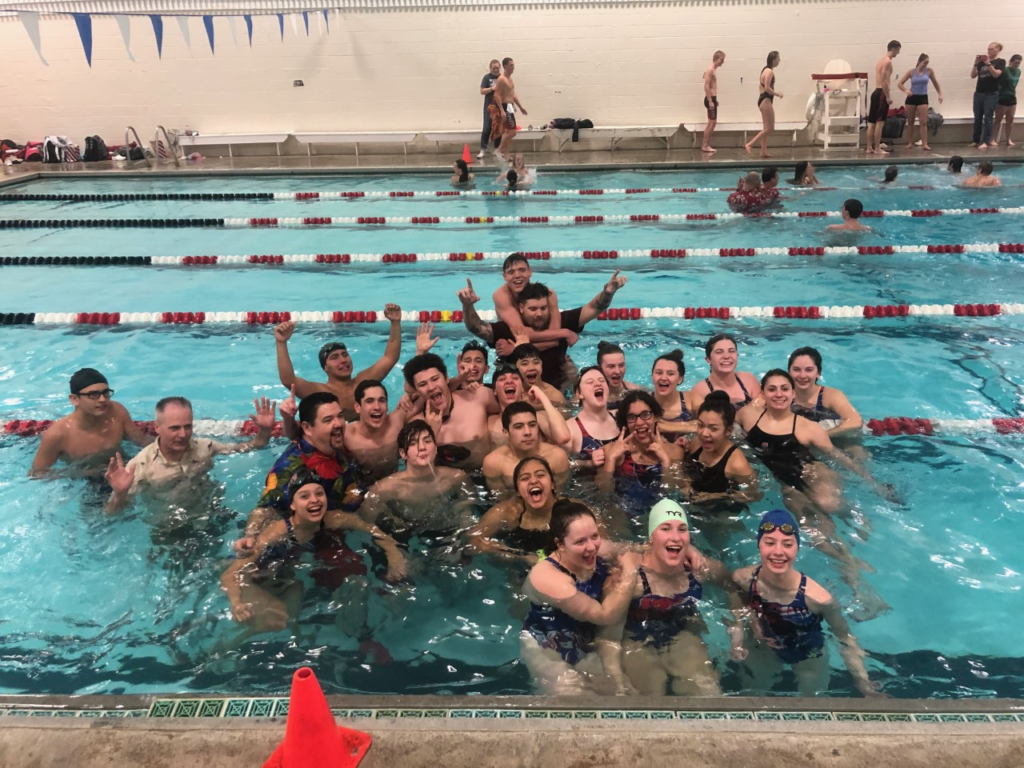 The Scottsbluff/Gering Seacats swim team was in action over the weekend claiming a pair of first place finishes at McCook as they competed against the Bison and North Platte.

This meet traditionally had been their home meet but with no home pool at the moment they went on the road for a combined eight hour trip.

“Swimming at the YMCA has kept this dream alive but it does not allow us to have a hometown meet. Someday and until then, these swimmers will just keep swimming their best wherever they can”, Head Coach John Galindo said.

In the girls competition it was the Seacats piling up 96 points to win going away. North Platte was second with 69 points and McCook was third with 66 points.

In the boys portion of the meet it was a much closer race for the top spot as the Seacats prevailed with 78 points followed closely by North Platte, who scored 74 points, and then McCook right there in third place with 71 points.

Invidual first places for the boys team came from Dien Nguyen in the 200 IM and TJ  Rickey in the 50 Freestyle. Rickey also took home first place in the 500 Freestyle, and then the team of Rickey, Nguyen, Kennedy Ronne, and Jared Galindo captured the top spot in the 400 yard Freestyle Relay.

Coach Galindo says they are looking forward to some big events coming up on the schedule, “The team will continue to work hard as they head to Omaha Westside on the 31st. This is a meet where we see a larger pool of swimmers from outside the conference and see more competition that we will be up against at GNAC and State.”