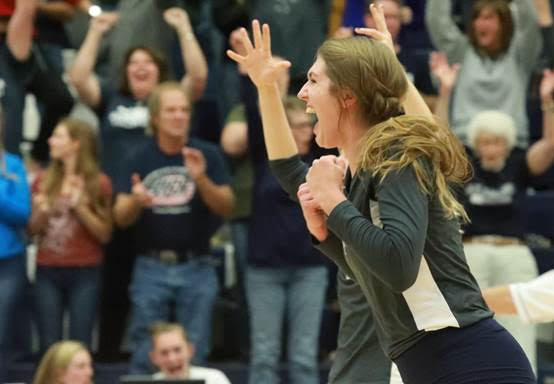 Outlook
It’s a time of cautious optimism for a program that used a late push to sneak into the 2018 GPAC tournament. This marks year two for head coach Ben Boldt and his wife and top assistant Angie Boldt as leaders of Concordia University volleyball. Year one was highlighted by a 12-0 start and conference victories in late October over Morningside and Doane. In between, the Bulldogs took some lumps while up against the NAIA’s deepest and most challenging volleyball league.

A half dozen GPAC squads qualified for the NAIA National Championship tournament a year ago. To crack into that top five or six in this league is an accomplishment. Though picked eighth in the GPAC preseason poll, Boldt and company are hopeful of jumping into the national conversation sooner rather than later.

Says Ben Boldt, “Any polls that come out and any talk that comes out is just someone else’s opinion on what’s going to happen. Ultimately that doesn’t matter. The only thing that matters is how you approach each day and your work ethic. That’s really something that our players have taken to heart. As far as improvement from beginning of preseason to now, we’re definitely getting cleaner in how we play volleyball. It has all come down to work ethic so far.”

The standing goal for members of the program is to win a GPAC championship, something that has happened once in program history (2000 – the first year of the league’s existence). Taking the title would require a gigantic leap from last season, but Ben Boldt is satisfied with the direction things are moving. The majority of key players from the 2018 season are back, including all-conference honorees in middle blocker Emmie Noyd and setter Tara Callahan.

If Concordia is to going to send seniors like Noyd out in thrilling fashion, improvement will have come in ways that go beyond the box score. This past spring, Boldt pushed his upperclassmen to become better leaders. Sometimes an outside voice can help drive home the point. Nebraska Cornhuskers star Michaela Foecke visited the program back in April.

Said Noyd, “I think my biggest takeaway from Foeke was how she talked about being the captain and how that really showed her that you have to value your teammates as more than just a player – off the court too. I really reflected over that and made that one of my goals for my senior season. I really want to focus on the relationships with each girl because after I’m done playing it’s going to be those relationships that stick.”

A two-time second team All-GPAC choice, Noyd is the most accomplished returner on the roster. She can be a real force in the middle, just as she showed last September when she hammered a career high 23 kills in a win over College of Saint Mary. The native of Shelby, Neb., owns a career .296 hitting percentage. The Boldts have been looking for depth behind Noyd this preseason after Morgan Nibbe suffered an offseason injury.

“Some of the angles we’ve had to work on with her have been kind of a change for her,” Ben Boldt said. “She’s really come a long way in the direction she hits the ball. More than that she’s somebody our team can lean on. When we lose a couple points in a row she’s going to look you in the eye and say, ‘Get me the ball.’ That’s the type of person we want to have out there.”

Noyd can “be the woman,” as Boldt likes to say. There will be others with that same opportunity. On the outside, Concordia graduated its 2018 kills leader in Jenna Habegger (277). That leaves the door open for up-and-comers like Kara Stark and Arleigh Costello (both registered more than 100 kills last season). Stark has the potential to break out as a junior. The 6-foot-2 Texan has flashed the ability to become one of the league’s top outsides.

Junior Tara Callahan has been the program’s main setter while racking up a combined 1,455 assists over the past two seasons. Callahan can also pitch in as an attacker. She will look to spread the ball around to the aforementioned names and other developing young guns such as sophomores Erica Heinzerling and Kayla Ernstmeyer and freshmen like Camryn Opfer and Kalee Wiltfong. After a strong prep career as a Seward Bluejay, Opfer chose to stay home and help bolster a Bulldog attack that hit .201 last season.

“We’re going to be a fairly veteran team, but we’re also going to have some younger players who are going to have to step in and perform,” Boldt said. “It’s been fun to see those younger players come in and see where they’re going to fit in the rotation. There are no real surprises with the veteran players. They came back in good shape. From our testing numbers in the spring compared to where we are right now we’re either right there or better. We came back with an edge to us. I’m excited to see how it all fits together.”

The monster kills are what wows the crowd, but Boldt tends to think defense first in his approach. He’s particularly concerned with the first contact that can make or break a point. A year ago, opponents hit .189 while Concordia averaged a respectable 2.1 blocks per set. Of course, Noyd is the ringleader at the net. Several options are available in terms of defensive specialists. Marissa Hoerman has led the Bulldogs with 581 digs over her first two collegiate seasons. Seniors Kaylie Dengel and Raymi Marquardt also have experience in that role.

On the service line, Dengel, Hoerman, Kaci Hohenthaner and Tristin Mason represent the returners who had the most opportunities in 2018. Hohenthaner dropped in 22 aces. Better results in this category could play a role in the Bulldogs moving up the GPAC ladder this fall.

“When I’m talking about first contact I’m talking serve, pass, block and defense,” Boldt said. “If we can take care of all those things then the setting and attacking just get better and better. I think our serving has been really good so far this preseason. It’s something we work on every day. The mentality of it is focus. We think of a serve as very similar to shooting a free throw. You get back there, you do your routine and you nail it.”

Everyone inside the program believes the right attitude and level of work ethic is there. Soon it will be time to see what tangible results will follow. It’s okay to think big.

Says Noyd, “On the court we have this goal for a GPAC championship. That is just something that when we’re in a rut during practice or Coach wants us to work harder, he always brings it up. I feel like that’s the overarching goal that I want for my senior season and for my team. My goal and what I’m hoping is just to give everything that I have for my teammates. I’m more focused on them because I know that my time is almost up. I want to give whatever I can give to them.”

As they say, there’s no time like the present. There’s no reason to wait for tomorrow.

Says Ben Boldt, “As we go forward, I want to make sure that I set this standard on work ethic and the ability to get our players to compete with the best in the nation and the best in our conference. When we’re doing that, our timeline is now. There’s no time to wait for any of that. When you focus on that, the results will take care of themselves.”

The season will officially open next Wednesday (Aug. 21) when York College visits Walz Arena for a 7 p.m. CT first serve.