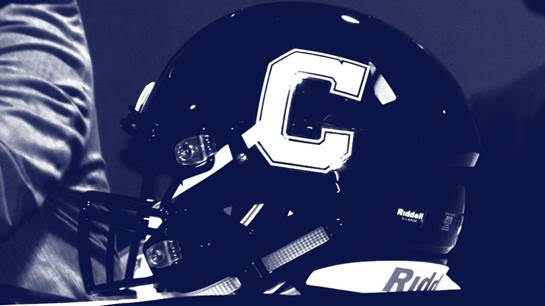 Outlook
As of Friday (Aug. 28), the 2020 Concordia University Football team had successfully navigated through nearly two weeks of preseason preparation. Any time members of the team break down as groups in practice, onlookers will hear Head Coach Patrick Daberkow holler, “helicopter,” reminding his players to spread their arms and keep six feet apart. It’s just one example of how college football looks different in 2020.

While the Big Ten may have called off fall football in what has been a controversial decision, the GPAC remains committed to pulling off a conference-only regular season beginning Sept. 12. For those fortunate enough to qualify, the NAIA football playoffs will kick off in April 2021. Daberkow is adamant in regards to the benefits of competing this fall.

“They came to college to play football for a reason,” Daberkow said. “Football teaches a lot of life lessons. I learned a lot from being on the team, being part of the locker room and being out on the field. They recognize that as well. They want to be together and reach these goals that we have had. I am a big believer in getting back to it and after it. It is what I think is best not just for our football players but for people everywhere.”

The Bulldogs believe their offseason work in the strength and conditioning department will pay off after back-to-back campaigns with 3-7 overall records. As Daberkow put it, “when two people collide, the weight room wins.” Improved strength and an abundance of experience across the offensive line may be the difference in the close games that have slipped through Concordia’s fingers over the past couple of seasons.

Led by All-American inside linebacker Lane Napier, the 2019 defense was quite solid in holding opponents to averages of 22.2 points per game and 4.6 yards per play. Conversely, the offense needs to spring to life a ground game that managed only 1.8 yards per rush last season. The Bulldogs bring back four offensive linemen with starting experience, making the unit as veteran as it has been since Ryan Durdon’s breakout season in 2017.

“We want to be able to get yards when we need to get yards in the run game,” Daberkow said. “That has not been the case the last two years. Offensive line wise we had to develop to the point where we can start expecting way more than we have gotten from them in the past. We have a high standard for them. It is growing higher and they have to do better. You watch our film from the last two years and we have not been good enough up front. They all know that. They are stepping up. I have seen improved play so far. I really expect to see that unit improve.”

The returning starters on the offensive line are Cole Baumgartner, Gavin Mull and Johnny Robinson III (who has one of the nation’s great nicknames – “pork chop”). Keegan Hornung has also started up front. They will attempt to blow open holes for running backs such as Jonah Weyand and Devin Zeigler. Durdon had been the program’s primary ball carrier for the previous three years.

On the defensive side of the ball, the Bulldogs graduated three of their four starting linebackers and both corners from last season. However, Daberkow isn’t sweating it out. Daberkow likes what he sees developing around Napier at linebacker and he knows he has two long-haired safeties who know how to bait opposing quarterbacks – AJ Jenkins and Peyton Mitchell. There is also depth on the defensive line that will help make up for losing all-conference end Aaron Rudloff.

The motto for a typically rugged defense coordinated by Corby Osten is “put the ball down.” Those four words are actually written on the practice jerseys of Concordia defenders. Explains Daberkow, “We finish plays. That has always been what we aspire to be and what we continue to be. It starts, ends and begins with effort. Effort makes a defense. Coach Osten and Coach (Wes) Coomes have done a great job making sure our guys play hard.”

On special teams, the Bulldogs return their placekicker (Jordan Spilinek) and punter (Castaneda) from last season, but Daberkow says that the kicking job has been competitive in camp. More explosiveness in the return game would be one way to give the offense a lift. Meanwhile, the coverage units have been mostly solid going back several years.

The GPAC preseason poll (released this week) largely reflected the final standings from last fall. The 2019 Concordia outfit made strides that did not show up in the overall record. The expectation is for that to change in 2020. It all starts with a night game against Doane for the second year in a row. Daberkow knows there will be a lot of electricity in the air that evening, even if fan attendance is limited.

“You have to do the simple things right,” Daberkow said. “There are a lot of things that can either win you or lose you games. There is nothing that you cannot really stress. Everything is important. We cannot have a lack of execution in any part of our game and expect to come out on top. We definitely are stressing simple things. We have always said we want to be excellent at the simple things … We have worked really hard in the offseason with our strength development and we are looking forward to playing football.”

Daberkow will be glad to get a football season going and have fewer conversations about the unique nature of the offseason and the COVID-19 protocols that are a constant reminder of the ongoing health pandemic. Some normalcy has already returned with high school football kicking off inside the state of Nebraska. The Bulldogs will make their official return to the gridiron on Saturday, Sept. 12 at rival Doane.

Back in May, Napier felt like he had a handle on the mentality his squad will have to employ if it is to make the desired strides. Said Napier, “I think our mindset right now is that we have to finish and finish strong. If we want to quit having those feelings of, ‘oh man we were close, but we didn’t get it done,’ we have to work three-four times harder. We have to always keep pushing each other. I think that’s where we’re at. We know what we’ve got for players. As a team we need to execute and physically beat up the other teams.”