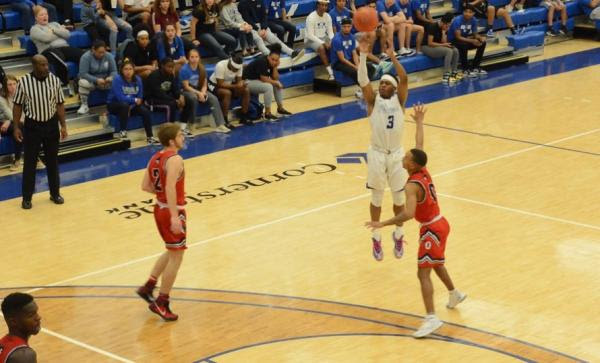 CRETE – The Panthers rode a scoring surge late in the second half to beat Doane University 70-65 on the road Tuesday night. After finding themselves down 12 at the break, the Panthers fought hard to keep their record clean scoring 46 second-half points in their come-from-behind win.

The Panthers were down 54-58 with just under seven minutes remaining in the game. That’s when the Panthers kicked their offense into gear and went on a 12-2 run over a four-minute stretch. York’s defense held the Tigers without a field goal until 1:11 left in the game. With a three-point lead, the Tigers began to foul the Panthers and make them earn everything at the line. York went 4-of-6 over the final minute to secure the 70-65 win.

The Tigers also won the rebounding advantage with a plus-seven on the stat sheet.

York improves to 2-0 on the season while Doane falls to 0-1. The Panthers will host Bellevue University on Friday night with a tip-off scheduled for 8:00 p.m.