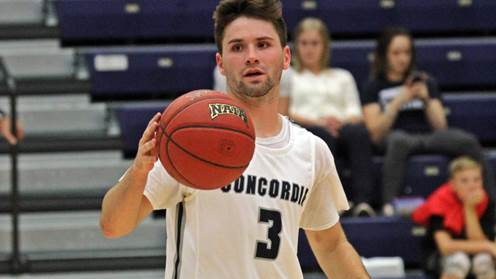 SIOUX CITY, Iowa – The mid-week bye may have had something to do with a slow offensive start on Saturday (Jan. 18), but Brevin Sloup and the Concordia University men’s basketball team warmed back up to microwave oven levels by shooting 52.8 percent in the second half. A torrid final 20 minutes from Sloup spurred the Bulldogs to an 83-72 triumph over Briar Cliff inside the Newman Flanagan Center. The program had not won there since February 2009.

Head coach Ben Limback’s squad has extended its win streak to seven, making it the longest streak for the program since the 2009-10 season. Now receiving votes nationally, Concordia has moved to 14-5 overall and to 7-4 within league play.

“I like having the bye for getting healthy and getting some rest, but when you’re playing well it can also disrupt your rhythm,” Limback said. “We were stagnant in the first half and weren’t moving the ball real well. That second half it was fun to see us get going in a couple spurts there.

“Brevin was phenomenal in the second half. It was more than just scoring. He made a couple great extra passes to guys in the corners and his energy was just great. He was moving and getting to the paint. He was really good in the second half and I’m really proud of him.”

A three-point play in the final seconds by Sloup added the finishing touches and moved the Seward High School product past 1,000 career points. The 5-foot-9 guard could not be stopped. Sloup poured in 24 of his game high 28 points in the second half to allow his side to pull away from the Chargers (11-10, 2-9 GPAC). The Bulldogs came out of the break with a 9-2 run (for a 42-32 lead) and later used a 20-6 splurge to take a commanding 75-61 lead in the final five minutes.

Concordia had reason to feel like it had a score to settle after it fell to Briar Cliff on a buzzer beater back on Nov. 16. Since then, the two teams have trended in opposite directions. Even a 23-point effort from star Jackson Lamb wasn’t enough for the home team. The Chargers were held to 41.3 percent shooting from the field.

“Tanner Shuck and Brevin Sloup are two seniors that really came out and looked like they wanted this game more than anything,” Limback said. “You could really see it … Briar Cliff is a good team and well-coached. To get a win on the road here is huge.”

Each of the past six Concordia wins have been decided by double-digit margins. During that run, the Bulldogs have also knocked down at least 10 3-point field goals all six times out. On Saturday, Sloup drained five 3-point shots. He also chipped in six rebounds and four assists in 33 minutes of action. Sloup is the 31st player in program history to reach 1,000 career points.

CIT week is coming up next for the Bulldogs. Before making the trek to the Chicago area, Concordia will host No. 1 Morningside (19-0, 11-0 GPAC) at 8 p.m. CT on Wednesday. The Mustangs narrowly avoided the upset back on Dec. 11 when they eked by the Bulldogs, 72-71, in Sioux City. The Bulldogs will attempt to snap an eight-game series losing streak versus Morningside. 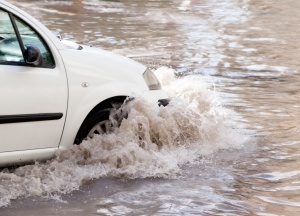