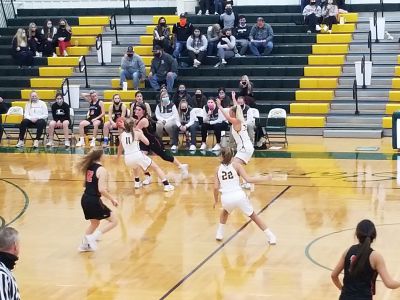 Kearney-Kearney Catholic swept both the girls and boys double headers with Lexington on Tuesday night. In the girls game, the Stars used a 21-0 run in the first half to win it going away 59-26. Kearney Catholic led 30-15 at half and put the game away with a 7-0 to start the second half. Four Stars were in double figures as Kyla Reifenrath and Ashley Keck each had 11 points, while Liv Nore and Ashlyn Wischmeier had 10. Lexington was paced by Sarah Treffer who scored 12. Kearney Catholic improved to 8-0 all time against the Minutemaids. 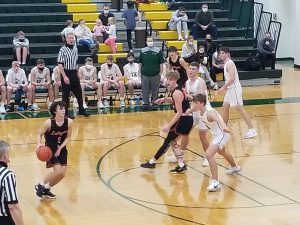 In the boys game, Lexington hung around early but eventually Kearney Catholic pulled away to win it 56-36. Lexington actually led 8-7 before Kearney Catholic went on an 11-0 spurt early in the second quarter to grab the lead. The Stars led 28-13 at half and held the Minutemen to just one field goal in the 3rd quarter. Kearney Catholic junior Brett Mahoney had a big night with 23 points as the Stars improved to 11-2. Lexington was led by Dru Truax who hit four three’s and finished with 12 points as they drop to 2-7 on the season. 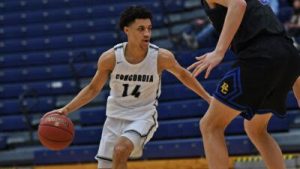