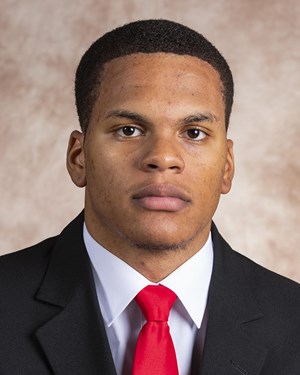 Lincoln – Nebraska Athletics announced Tuesday afternoon that men’s basketball player Shamiel Stevenson has been denied a waiver and will not be eligible to compete until the start of the 2020-21 season.

Stevenson, a junior guard/forward from Toronto, Canada, will have two full years of eligibility remaining beginning with the start of the 2020-21 campaign.

Nebraska’s initial waiver request on Stevenson’s behalf was denied.  NU also filed a request for reconsideration of the waiver, which was recently denied.  On Monday, Stevenson and NU staff participated in a telephonic appeal hearing; the appeal request has also been denied.

Stevenson will join fellow transfers Dalano Banton and Derrick Walker as being eligible for the start of the 2020-21 season.

“I am disappointed and hurting for Shamiel.” Nebraska Coach Fred Hoiberg said. “We believed we presented a strong case on his behalf. We appreciate all the hard work that Jo Potuto and our Compliance staff put into advocating for Shamiel.

“Although this is a setback for Shamiel, we feel confident we can continue to provide him an opportunity to have a successful year developing alongside Derrick Walker and Dalano Banton. We had a similar situation in Ames with four sit-out transfers in my first season at ISU and every one of them made major contributions the following season in helping us start our run of NCAA tournament appearances.”

Stevenson transferred to Nebraska in May of 2019 from Nevada after Head Coach Eric Musselman took the Arkansas head coaching position. Stevenson began his career at Pittsburgh, where he played as a freshman, as well as four games as a sophomore before transferring at the end of the 2018 fall semester. Stevenson averaged 8.0 points and 4.1 rebounds per game in 36 games at Pittsburgh, and did not play at Nevada.

Work will begin on N-21, north of Lexington in Dawson County

Bulldogs grind out regular-season sweep of Midland, move to 4-0