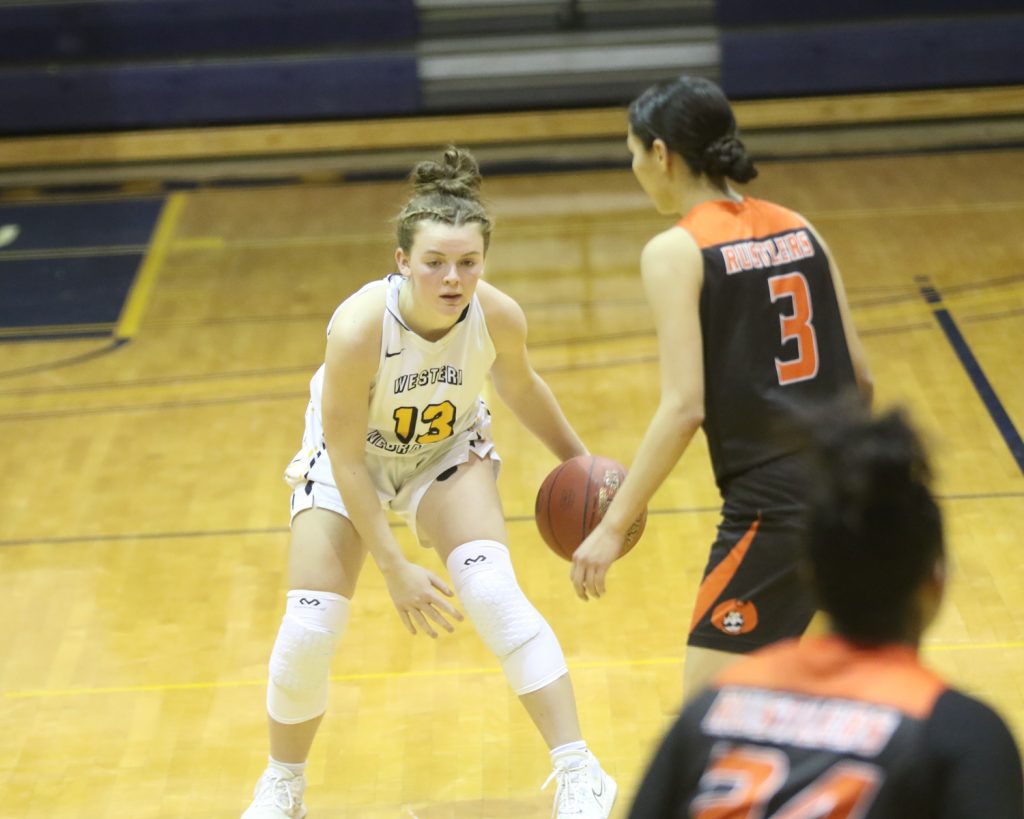 TORRINGTON, Wyo. – The 22nd-ranked Western Nebraska Community College women’s basketball used a strong second half in posting their sixth win of the season with a fourth-quarter dominating performance 72-63 over the Lancers.

WNCC trailed 37-28 at halftime and then outscored the Lancers 44-26 in the second half to get the win. Alejah Douglas led the Cougars in scoring with 20 points.

Douglas said the team made the adjustments they needed to in getting the win.

“The team made the adjustments that needed to be made for us to get back into the game both offensively and defensively,” she said.

The biggest adjustment was the second half, too.

“The second half performance was very big,” the freshman from Omaha said. “The first few possessions we were able to knock down big shots to get us back into the game and take the lead, which gave us the momentum that was needed to close out the game and extend the lead.”

The women’s game was a battle between two teams that are at the top of Region IX.

“The first quarter saw WNCC open with an 8-0 lead on two 3-pointers by Payton Fields. EWC came storming back to lead 17-10 and then 19-15 after one quarter.

The second half was a totally different story for WNCC. The Lancers hit the first bucket of the third and led 39-28. WNCC went on a 13-2 run to grab the lead on a Shanti Henry old-fashioned 3-point play. The two teams were tied after three quarters at 51-51.

That set up the fourth and the final 10 minutes was dominated by WNCC. The Cougars opened with a bucket by Lidsey Mahoukou and then a 3-pointer by Ky Buell. WNCC pushed the lead to 11 points at 64-53 on a Fields trey with six minutes to play.

EWC started to come back as they sliced the lead to 66-60, but a Madison Blaney bucket pushed the lead back to eight. The Lancers hit another 3-pointer with three minutes to play to cut the lead to 68-63, but the Cougars defense was tight the rest of the way, holding the Lancers scoreless while going on for the win.

WNCC shot just 37 percent from field but converted 10 3-pointers. Fields had three treys, while Douglas, Buell, and Henry all had two treys. But what won the game for the Cougars was their free throw shooting where the Cougars were 14 of 15 from the charity stripe.

The Lancers shot 38 from the field and made just seven 3-pointers of which only two came in the second half. The Lancers were 8 of 15 from the free throw line.

EWC was led in scoring by Natalie Kalaydijiev with 16 points followed by Mara Neira with 15 and Montse Gutierrez with 13.

WNCC will be back in action this weekend when they host a 3-day WNCC classic. The Cougars won’t play Thursday, but Northwest College and Central Community College-Columbus men and women will play Thursday. Then, WNCC and Lamar will join the classic on Friday and Saturday. The Cougars face Northwest College on Friday at 5:30 p.m. and then Central-Columbus on Saturday at 2 p.m.