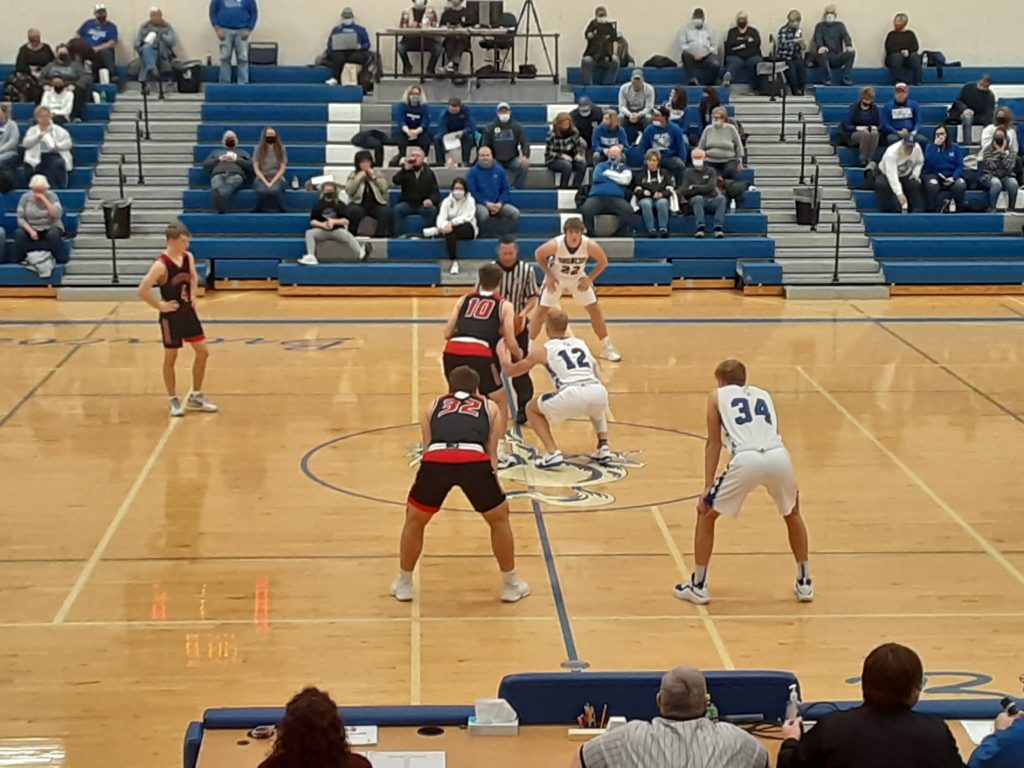 Utica – Centennial junior Jake Bargen’s game-high 32 points weren’t enough, as Sutton countered with 29 from senior Cade Wiseman, as the Mustangs came from seven down in the fourth quarter, and  went on to defeat the Broncos 52-50 in a triple overtime thriller in Utica.

Wiseman hit eight three-pointers in the contest, including a tying three with twenty seconds left in regulation. He added two treys in the overtime periods, while teammate Quenton Jones, who finished with 18 points, scored eight in the OT periods. The game was basically a contest between Sutton’s Wiseman and Jones, who combined for 47 points, and Centennial’s Bargen and teammate Cooper Gierhan, with 13 points, combining for all but seven of Centennial’s points. With the win, the Mustangs upped their season record to to 7-4, while Centennial fell to 6-4.
Earlier in the evening, Centennial’s Lady Broncos won a back and forth affair 47-40 over the Sutton Fillies. Centennial held a 10-7 lead after one period, but a strong second quarter put Sutton up 24-16 at halftime. The Fillies upped their lead to a dozen points midway through the third period, when Centennial put on the pressure and clawed back into the game. The Fillies were still up 32-29 going into the final frame, but the Lady Broncos exploded for 18 final period points to clinch the seven point victory. Senior Kierra Green led Centennial (9-1) with 15 points, and senior Asia Nisly added 13. Sutton (9-3) was paced by junior Julia George’s 11 points and junior Kaley Bautista with 10.
© 2021 Nebraska Rural Radio Association. All rights reserved. Republishing, rebroadcasting, rewriting, redistributing prohibited. Copyright Information
Share: