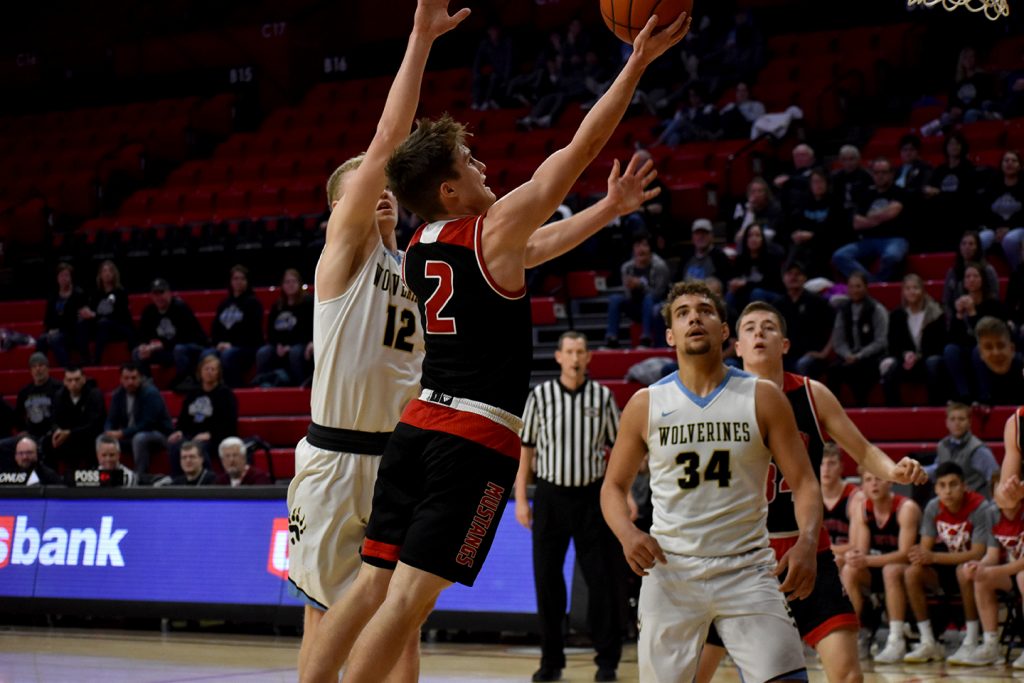 LINCOLN- The Sutton Mustangs battled against the BRLD Wolverines, the 2019 Class C2 state champs, in Friday nights second-round game to advance to the championship game on Saturday. BRLD was able to capture the victory over Sutton 59-51 in overtime. Jumping to the start of the fourth quarter, Sutton trailed 41-37 to start the final period, but the Mustangs scored nine points while holding the Wolverines to five points to tie things up at 46 and force overtime.

In that extra period, BRLD scored 13 points to just five for Sutton. BRLD was paced by junior Lucas Vogt as he poured in 26 points, getting to 1,000 career points in his career. For the Wolverines, they will go back to the championship for the second straight season and look to defend their title against GICC tonight at 8:30 P.M. from Pinnacle Bank Arena. Also for BRLD, they have won 51 straight games now.

Sutton was led by Cade Wiseman as he scored 16 points for the Mustangs. Sutton will face Yutan at 1:00 P.M. today from Lincoln Northeast High School with pregame at 12:50 P.M. on 104.9 Max Country