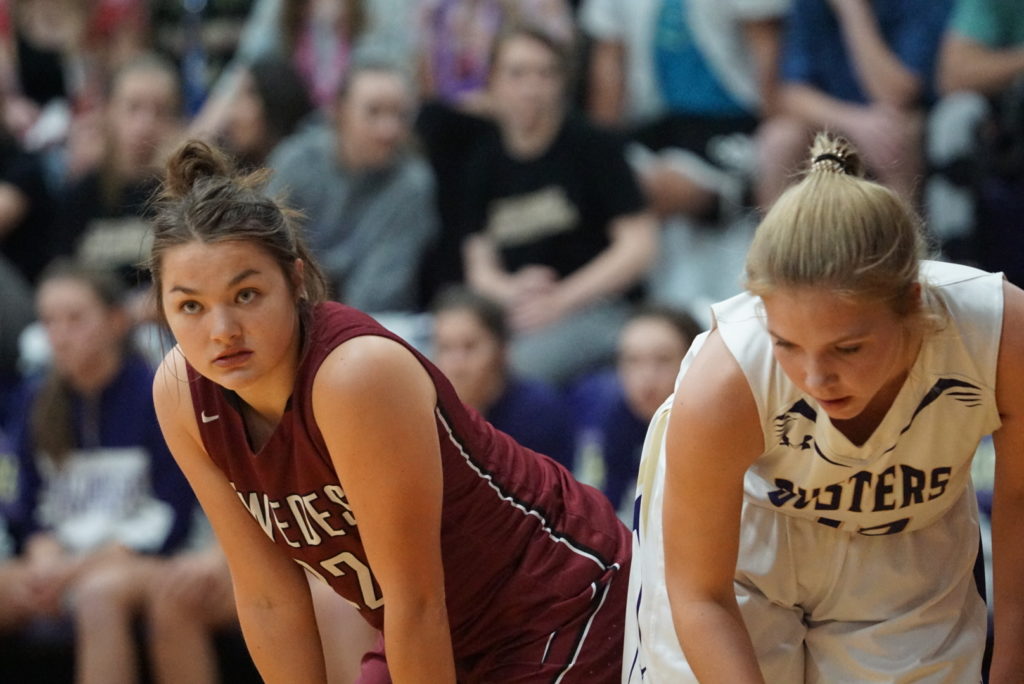 HOLDREGE- The Gothenburg Girls team continues to roll with a 47-28 win over Holdrege while the Holdrege Boys got a convincing win number one with 69-52 win over the Swedes on Friday night.

Girls – It was an impressive start for the Swedes as they jumped out to an 18-0 lead, in fact, that was the score at the end of the first quarter. The Dusters played Gothenburg relatively even from that point on, but the hole was too deep. It was 25-8 after the first half, and 38-18 going into the fourth quarter.

As is typical, the Swedes were balanced in the scoring department as Alexis Bliven and Annica Harm both finished with 12 points and Kynlee Strausser chipped in with 10 points.  Kenzie Hurlbert led the way for the Dusters with 10 points.

With the win Gothenburg goes to a perfect 6-0, Holdrege drops to 1-3.

Boys – Come into the game both teams need a game to build some momentum going into the moratorium.  Holdrege had a very tough early season schedule with games against highly respected, Kearney Catholic, Adams Central and Lexington. Gothenburg had a win over Perkins County, but they were coming off a bad loss to North Platte St. Patricks.

Gothenburg took an early lead into the second quarter, up 21-18. They then went up by 8, 34-26, during the period. Then, Duster coach Jon Karn a timeout. From there Holdrege went on a 11-0 run to end the half and never looked back. They were up by three at half time, but the lead exploded to 15 point by the end of the third.

Dashton Edgren finished with 19 points for the Dusters to lead all scorers. Jackson Hilyard added 14 and Dakota Anderson had 13 points. Gothenburg was led by Brody Steinike who had 10 points.