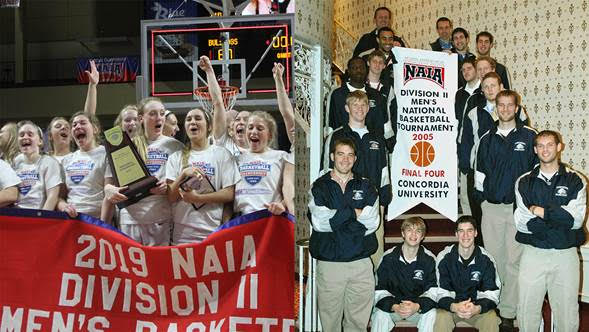 That was it. Once the 2019-20 season came to an abrupt conclusion, the NAIA basketball world prepared to mesh into one single division. It marked the end of an era that began when NAIA hoops squads were separated into two divisions beginning with the 1991-92 campaign. The Council of Presidents approved the motion to return to a one-division format at the 2018 NAIA National Convention.

Simply in terms of numbers, the path to a basketball national championship will include more roadblocks. Based on the official NAIA qualification plans for 2019-20, there are currently 236 NAIA institutions that sponsor women’s basketball and 232 NAIA schools that sponsor men’s basketball. This past season, there were 143 women’s and 139 men’s teams, respectively, in NAIA Division II basketball.

Here’s what you need to know about the merger:

·        64-team national championship tournaments will be held for both men and women beginning in 2021. As part of this new format, there will be 16 four-team opening round sites (at locations determined by the NAIA National Office). The 16 opening round winners will then advance to the final site. In the previous two-divisional format, 32 teams convened at the final site.

·        In February 2019, the NAIA announced that Municipal Auditorium in Kansas City, Mo., and the Tyson Events Center in Sioux City, Iowa, would serve as the men’s and women’s respective final sites for the NAIA basketball national championships starting in 2021 through 2024.

Director of Athletics Devin Smith has seen the changes take place first hand as a student-athlete and now as an administrator. Said Smith on the Bulldog Coaches Show, “I think there will be a lot more transparency now with three layers of rankings when you have conference rankings, the area rankings and the national rankings. It’s going to ensure that the best teams get into the national tournament. It’s going to be an improved system. I think there are a lot of benefits to it. The way I look at it, it was going to be a lot easier for our men’s team to make it into the tournament this past year with one division. Our basketball teams are in a great position to make the national tournament.”

The NAIA divisional era has marked a golden age for Concordia basketball teams that have been guided by high profile coaches such as Drew Olson and Grant Schmidt. Of the combined 29 national tournament appearances by Bulldog basketball teams, only one of them came prior to the two-division format (men’s basketball in 1991). In the early 90s, Schmidt got things rolling for Concordia hoops while led by future Concordia Athletic Hall of Famers such as Matt List, John Puelz, Devin Smith and Mike Works. After the ‘90-91 team broke new ground by qualifying for nationals, the ‘91-92 squad made a run to the national semifinals. The run of 1992 helped pave the way for the 2004-05 team, spurred by the likes of Jon Ziegler, Jason Jisa and Scott Beck, to make a push all the way to the national championship game.

Anyone who has followed Bulldog athletics knows what a powerhouse the women’s basketball program has become. Olson is actually the fifth coach in program history to lead Concordia to the national tournament. The others were, in order, Carl Everts, Mark Lemke, Micah Parker and Todd Voss. It’s an extremely rare occurrence these days for the Bulldogs to miss the national stage. The program made its first appearance in the national semifinals in 2003 and has now reached at least that round seven times, including five times under Olson.

Philly Lammers and the 2018-19 Concordia women found the top of the mountain and claimed the first basketball national title in school history. Plenty of other Bulldog teams have been close. Ziegler and the Bulldog men fell in the NAIA Division II title game in 2005 before Olson squads of 2015 and 2018 were both national runners up. As part of these journeys, plenty of stars have emerged, such as Grace Barry, Taylor Cockerill, Kristen Conahan, Lammers, Bailey Morris, Tracy Peitz, Quinn Wragge and many others. Morris remains the only NAIA Division II National Player of the Year in Concordia basketball history.

So what will change for Concordia hoops in 2020-21 and beyond? Schedules during the regular season will be largely the same with the Bulldogs locked into 22 GPAC games on the women’s side and 20 GPAC games on the men’s side. The Concordia Invitational Tournament accounts for two additional games. That leaves freedom to schedule six-to-eight other nonconference contests (depending on men or women). The merger could initiate more matchups with past NAIA Division I teams from states like Kansas and Missouri.

The biggest differences will certainly come in the postseason. The NAIA still has to iron out how exactly the selection process will work and decide each year which schools/sites will be awarded the opportunity to host in the opening rounds. For the last 29 years, no one had to compare NAIA Division I teams to NAIA Division II teams. Now such comparisons will have to be made by coaches who vote in the national polls and by the selection committees. The eye test alone will not suffice when coaches may oftentimes not be able to watch teams from another region. With Walz Arena standing out as one of the top venues in the GPAC and the surrounding states, it surely would be an attractive option as an opening round host location.

It’s going to take some getting used to, but one division for NAIA basketball is about to become a reality. Unfortunately, we never got to see the final year of NAIA Division II basketball to its completion. The NAIA national championship tournament had been dubbed the “toughest tournament” because it forced teams to win five games in seven days (sometimes six days) in order to claim a national title. That format is out the window. Beginning in 2020-21, the sought-after-goal will to be earning a spot as one of the 16 teams left standing in either Kansas City or Sioux City. 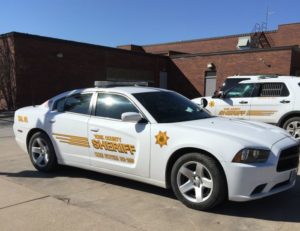