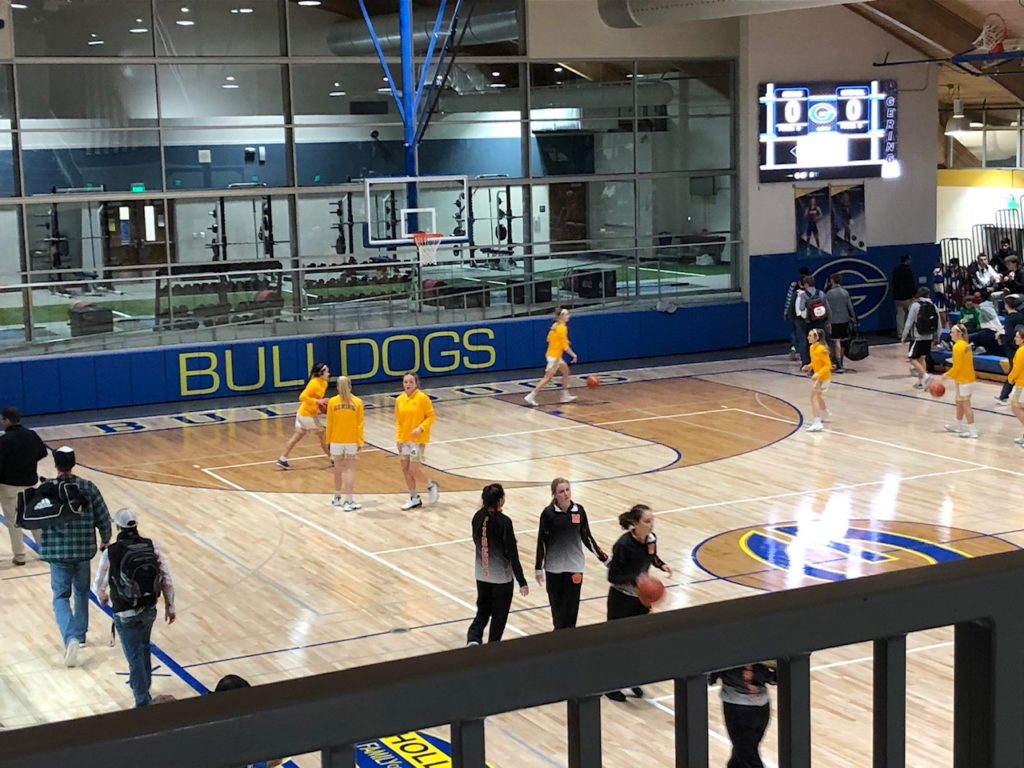 Last Saturday the Mitchell boys basketball team thumped Gering in the fifth place game of the Western Conference Tournament by the final of 77-33 at Scottsbluff High School.

On Thursday night the two teams got back together as the scene shifted to Gering High.

Gering led the game in the closing moments 55-54. With less than 10 seconds to play the Bulldogs missed a free throw, and then after a Mitchell timeout it was senior Blake Thyne hitting the game winning shot for the Tigers with :1.2 second left in the game as they escaped with a 56-55 road win.

Austin Thyne led Mitchell with 16 points while Blake Thyne finished with the key two points and a total of 15 on the night. Big man Jonathan Pieper was also in double figures with 12.

Gering was paced by senior Bryce Sherrell, who scored 19, while junior big Turner Ray came up big with an inside-outside game that produced 16 points.

In the early game last night it was the Gering Lady Bulldogs besting Mitchell by the final of 53-48.

This one was also a rematch from a fifth place game from last weekend when it was the Lady Tigers beating Gering 49-43.

In a matchup of teams that have seen some pretty serious roster overhaul since last year it was Gering leading throughout.

Chloey Fries was the game high scorer for Gering, she finished with 15 points while Kiara Aguallo also reached double figures with 11 points.

It was Gering’s first win over Mitchell since 2012.

Makena Chambers led all scorers posting a 20 point effort in the loss for Mitchell.

Just like last night we’ll have both Gering games tonight on the Rural Radio Network as they host a doubleheader against Hastings. Coverage can be found on KNEB.tv, ALLO channel 15, and Mobius channel 1500 for the TV side of things, plus radio on KMOR 93.3 FM and online at KMORfm.com starting at approximately 5:15 with the girls game tipping first at 5:30 (boys will follow).