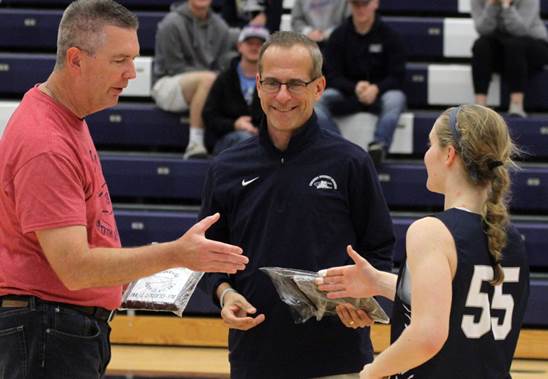 SEWARD, Neb. – Some teams have depth and then there’s this Concordia University women’s basketball squad. Because the Bulldogs go 15 deep in quality personnel, blowouts can morph into even uglier blowouts. That’s what happened on Saturday (Nov. 2) afternoon when the top-ranked Bulldogs left ninth-ranked University of St. Francis (Ill.) in the dust by a 107-46 final score. This marked the second and final day of the 20th annual Cattle Classic.

“That’s obviously a huge strength of our group,” Olson said of his team’s depth. “I’m just really impressed with how well we play together. We’re really moving the ball well and confidently knocking down shots. Defensively we disrupted a lot of things their posts wanted to do. It shows that one through 15 we’ve got a really good group.”

What the Bulldogs did was annihilate the team that annihilated Doane a day earlier. Blink and you might miss a 10-0 splurge from Concordia. In this case, a 24-3 run to open up the second quarter defined the game. Sophomore sharpshooter Delani Fahey netted 11 of the final 13 points of that outburst in an impressive two-minute display. At that point, the Bulldogs owned a 46-16 lead. Concordia’s lead never dipped below 21 points the rest of the way.

When it became a battle of the benches, Concordia opened up a crater-sized advantage. The waves the Bulldogs can bring it teams often wears them down. Said Fahey, “I think our unity is really good and everyone just comes to play every day.”

Named to the All-Cattle Classic Team along with Fahey, point guard Grace Barry is putting up some impressive numbers in minutes limited due to the blowouts. She posted 12 points, seven assists and three steals while controlling play during her 20 minutes of action on Saturday. The double figure scorers, in addition to Barry and Fahey, were Mackenzie Koepke (14), Colby Duvel (11) and Philly Lammers (11).

“The real cool part is they know each other’s strengths,” Olson said. “They really play to that and they keep setting each other up to succeed. That’s a good sign for our team.”

The Bulldogs will now have an extended break in the schedule before opening up conference play at home on Tuesday, Nov. 12. Midland (1-2) will be the opponent in a contest set to tip off at 6 p.m. CT. Last season Concordia defeated the Warriors by scores of 83-65 (Fremont) and 84-74 (Seward).