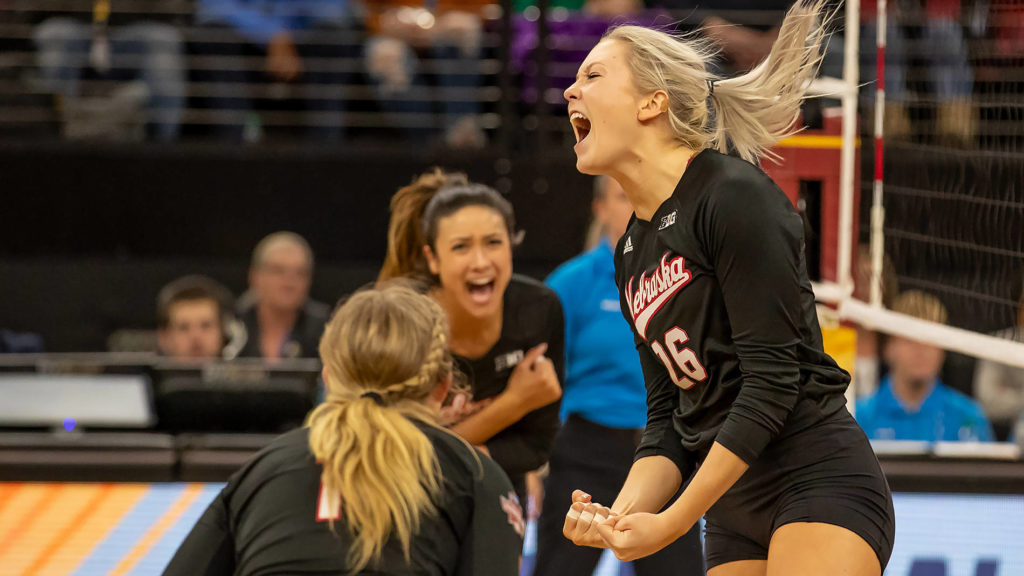 Lauren Stivrins and the Huskers will play 17 regular-season home matches in 2019. Photo by Scott Bruhn/Nebraska Communications

The Nebraska Volleyball team met with members of the media last week ahead of the 2019 season.

Nebraska Volleyball Head Coach John Cook discussed the young team, which has no seniors.  This is the first time that has happened in the Cook era.

Cook has appointed sophomore setter Nicklin Hames and junior middle Lauren Stivrins as team captains.  The two says they are ready for the roles.

The team will host the Red-White Scrimmage at the Bob Devaney Sports Center on August 24th. The match will get underway at 6:00 pm.