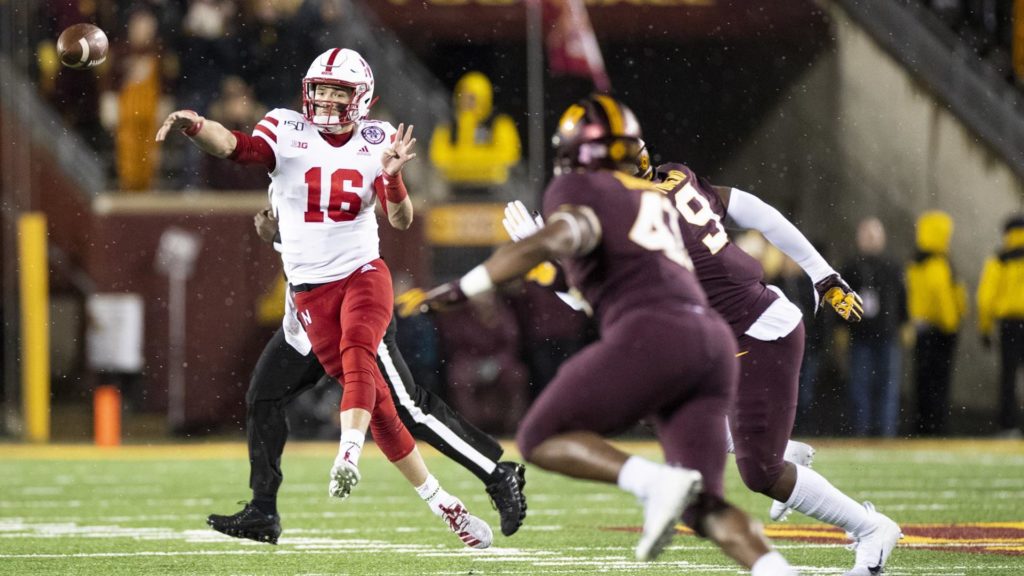 The Nebraska football team struggled to get anything going in Minneapolis, as No. 25 Minnesota improved to 6-0 with a 34-7 win over the Huskers on Saturday night at TCF Bank Stadium.

Nebraska slipped to 4-3 on the season and 2-2 in the Big Ten with the setback. The Huskers put together a 14-play, 80-yard drive early in the fourth quarter to get on the board after Minnesota built a 34-0 lead at the end of three quarters.

The Huskers went to the locker room trailing 14-0 at halftime, in sophomore quarterback Noah Vedral’sfirst career start. For the game, Vedral completed 14-of-23 passes for 135 yards, while also rushing for a team-high 49 yards. Vedral, who started in place of sophomore Adrian Martinez, came out of the game after leading Nebraska on its fourth-quarter scoring drive.

Nebraska will enjoy a bye next week before returning to Big Ten home action against Indiana at Memorial Stadium in Lincoln on Saturday, Oct. 26.