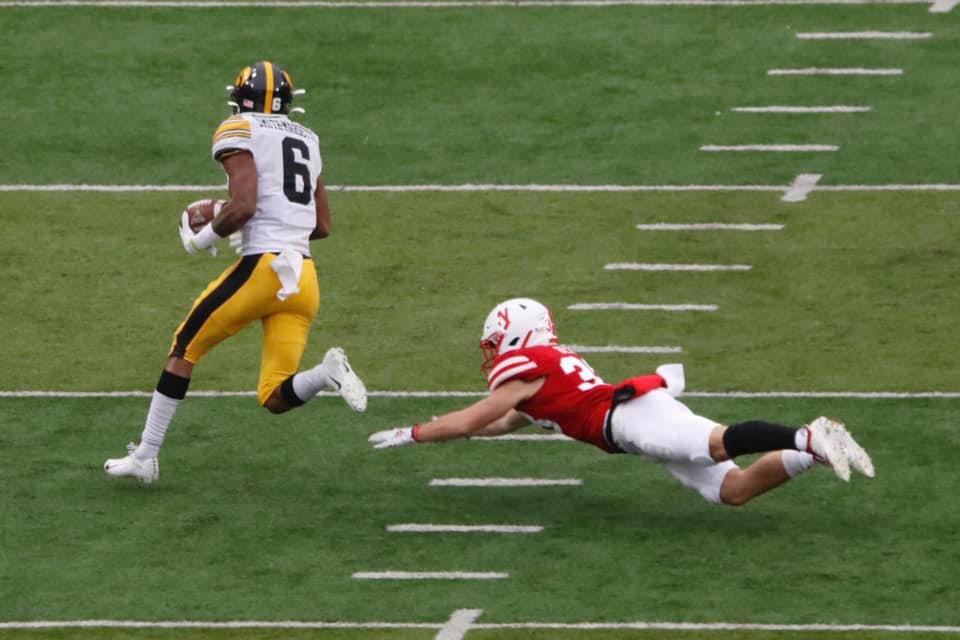 Keith Duncan kicked a 48-yard field goal with one second left, giving No. 19 Iowa a 27-24 victory over Nebraska on Friday that leaves the Cornhuskers out of the postseason for a third consecutive season.

The Hawkeyes (9-3, 6-3 Big Ten) overcame a sluggish second half offensively to beat the Cornhuskers (5-7, 3-6) for a fifth straight year and second year in a row on a late field goal. Last year they won on a 41-yarder as time expired.

Iowa, which had its 14-point lead wiped out in the third quarter, started its final possession at its 26 with 32 seconds left. Stanley had a long pass to Nico Ragaini overturned to incomplete on video review, but then completed a pair of 22-yard passes to Ihmir Smith-Marsette and Sam LaPorta to bring on the reliable Duncan.

The Huskers called two timeouts before Duncan drilled the winner down the middle and with plenty of distance.