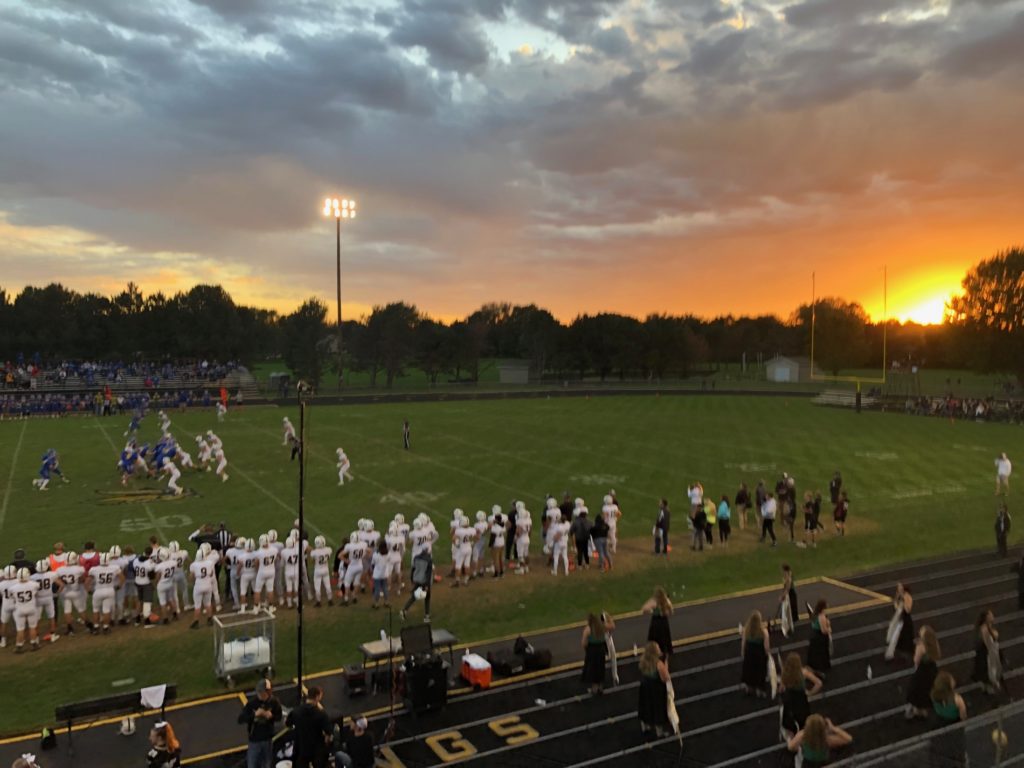 Northwest scored two touchdowns on their first six plays of the game. Seward’s defense would dig in and eventually slow the Viking offense from potentially breaking things wide open.

Seward responded with two straight scores, all starting from a muffed punt by Northwest that the Bluejays recovered and would score from the seven yard line. Gabe Knisley ran in for his first touchdown of the year. Zach Ellingson would tie the game to start the second quarter on a one yard rushing touchdown. However, every time Seward threatened to take the lead, Northwest responded, including a touchdown before the end of the first half.

The second half saw both teams score two touchdowns, but Northwest was able to run out the clock with four minutes left in the game to win on homecoming.

Ellingson would score two rushing touchdowns while Ben Myers ran in for the final Seward score.