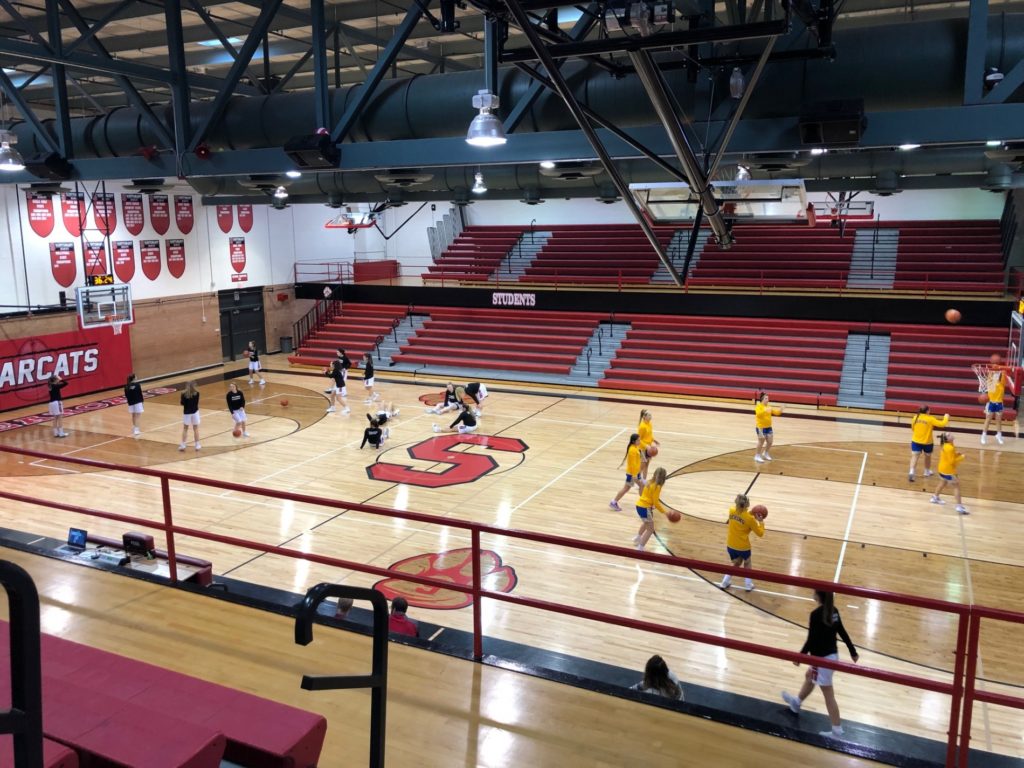 Opening night of the high school basketball season is in the books and it was a busy one here in the valley with the Western Conference Tournaments taking center stage at Scottsbluff, Gering, and Mitchell.

That stage now gets a little bit bigger and brighter for winning teams on Thursday as games now shift to WNCC’S Cougar Palace.

(B) Scottsbluff 69, Sidney 28…No surprise here as the Bearcats come out of the gates with a big win. Chance Parker led the team with 16 points and Jasiya DeOllos was also in double figures with 13. There’s plenty of room for improvement shooting the ball as the Cats went just 4-15 from three and just 5-12 at the free throw line.

(B) Sterling CO 73, Gering 45…Axel Henry and Brock Shalla each scored 24 points as the Tigers, fresh off a football state title over the weekend, rolled past the Bulldogs in the coaching debut for Kyle Cotton. Gering was led in scoring by senior Bryce Sherrell, who scored 12 points.

(B) North Platte 72, Mitchell 62…Mitchell enters the season with lofty expectations but they fall short in the opener as North Platte battled back from early double digit deficit to win by 10.

(B) Alliance 53, Chadron 37…The state rated Bulldogs get off to a 1-0 start with a rivalry win on opening night. Joel Baker and Brayden Palmer figure to be two standouts for Alliance this season after a trip to the state tournament a year ago.

(G) Scottsbluff 63, Alliance 23…The dynamite senior duo of Yarra Garcia and Aubry Krentz combined to score 37 points for the Bearcats.

(G) Chadron 62, Gering 45…Cards talented sophomore Olivia Reed had a game high 25 points, 21 of which came in the first half. Chloey Fries led Gering in scoring with 9. Freshman guard for Gering, Madison Seiler, went down with lower body injury late in the fourth quarter, for an already thin roster for head coach Steve Land.

(B) Scottsbluff vs. Sterling, 8:00…coverage on 106.9 The Trail at 7:45 (approximate start time with this being the fourth game of the night)