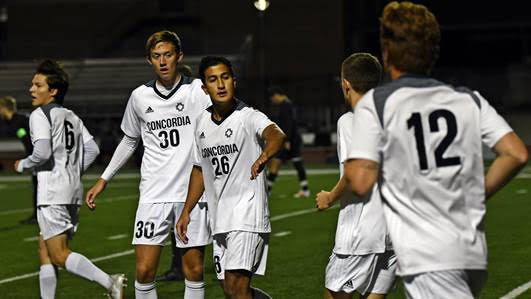 SEWARD, Neb. – It was choppy at times, but the Concordia University Men’s Soccer team managed to avenge one of its losses from last season on a homecoming Saturday (Oct. 3) inside Bulldog Stadium. Senior Garrett Perry delivered another goal while helping lift the Bulldogs to a 2-0 win over Dakota Wesleyan. Concordia’s early pressure contributed to an own goal that meant it held a lead for nearly 85 of the 90 minutes.

Thirteenth-year Head Coach Jason Weides’ squad still has not fallen since the season opener back on Sept. 9. The Bulldogs (5-1, 3-0 GPAC) have outscored their first three conference opponents by a combined total of 10-1.

“We’ll take the three points, no doubt,” Weides said. “I think we felt good about the first 15 minutes. This season we’ve started the games a little slow and it’s taken us a little while to get into second, third or fourth gear. This was a game where our team did a good job of coming out with an aggressive mentality. We were creating some good chances. There were some moments that were poor on our part, but there were some really good moments. We just need to be consistent.”

The Bulldogs concluded the 2019 regular season with a 1-0 loss at Dakota Wesleyan. The early action seemed a good indicator that this meeting would not go down the same way. Concordia’s aggressive approach yielded the own goal in the sixth minute. As Weides mentioned in the postgame, the Bulldogs were close to finishing that particular goal off themselves.

A collective team defensive effort has been integral in the current five-game win streak. During which, Concordia has allowed two penalty kick goals but not a single goal in the run of play. The Bulldogs were able to make up for the loss of starting center back Decker Mattimoe on Saturday night. Sophomore Matt Schultz stepped into a starting center back role with fine results.

The Tigers (2-3, 1-2 GPAC) certainly brought a feistiness with them to Seward. Stoppages were the norm in a game that had seven total cards. A couple of dangerous situations on the DWU attacking end could have made things interesting down the stretch, but Concordia survived its mistakes. The Bulldogs owned a 16-3 advantage in the shot count.

Impressive strikes from Perry are becoming the norm. He laced another frozen rope into the back of the net, this time in the 51st minute. He and Isaiah Shaddick both narrowly missed goals beyond the 80-minute mark that could have made it look like a rout. Reigning NAIA National Offensive Player of the Week Moises Jacobo was held without a shot. On the other end, Simonetti needed to make just a single save to preserve the clean sheet.

If things had gone as scheduled, Concordia would have played this past Wednesday at Midland. That meeting was postponed until November. Weides has not minded the breaks between games, but noted that the schedule reshuffling is more of a challenge for administration than for the coaches and players.

Said Weides, “It’s just unique. We’re not used to that rhythm of one game a week. We have to get back to it on Monday even though we have a full week of training leading up until Saturday. We talked to the guys after the game that they have to stay focused.” 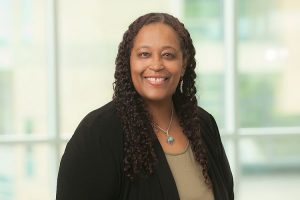