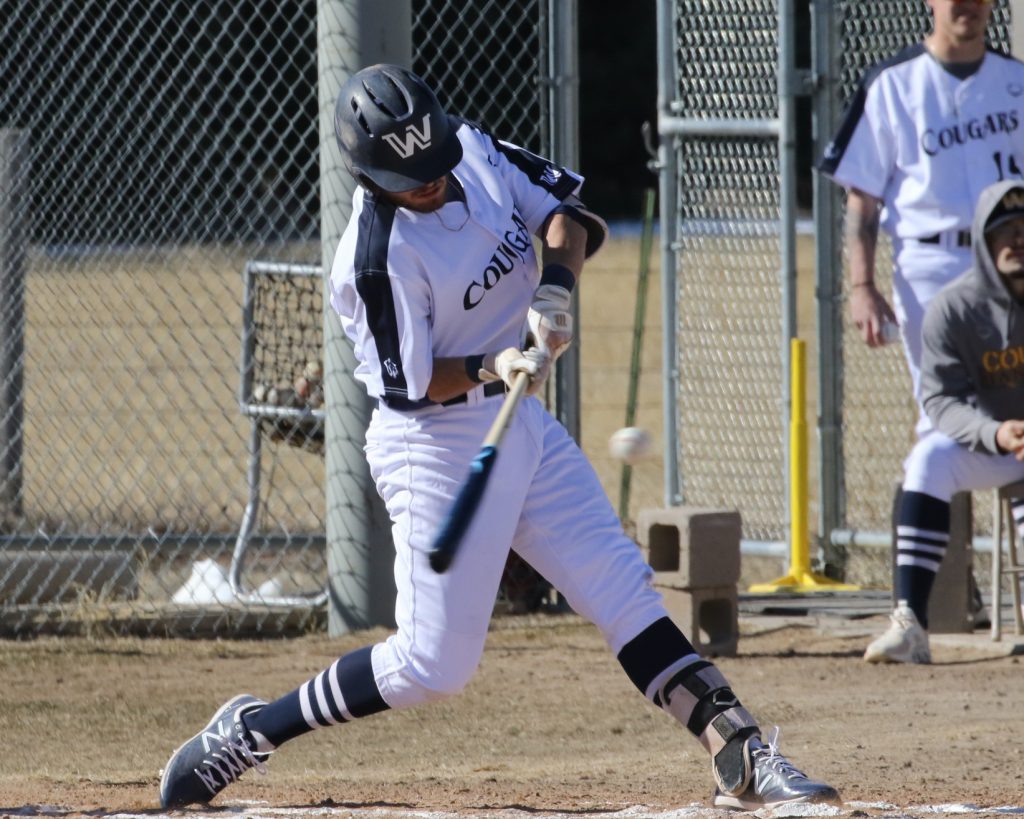 The 22 runs scored is only the sixth time in school history the Cougars have scored 20 or more runs in a game. The last time was when they scored 20 runs against Miles Community College in 2016. The record for runs in a game is 31 against McCook on May 9, 2003.

The win was the first for the Cougars in conference play as they are now 1-0. WNCC is 2-8 overall on the season. The Cougars will face Lamar in a conference doubleheader on Sunday before returning home for a double-dip with Northeastern Junior College on Wednesday.

Saturday’s win was a different type of game as well. The Cougars managed just 10 hits in the contest on all singles. WNCC reached base 11 times via the walk and four other Cougars were plunked by the pitch.

Early on, though, Lamar was controlling the tempo, grabbing a 4-0 lead before the Cougars sliced the lead in half with two runs in the fourth inning. Dermot Fritsch led off with a single and then Luis Alcantara walked. Matt Womack walked to load the bases followed by a 2-run single by Joe Kinneberg to cut the lead in half.

Lamar came right back in the bottom of the fourth inning to go up 6-2. Neither team scored in the fifth.

It was the sixth inning that the Cougars lit things up, plating 10 runs on three hits. Lamar also walked five and hit one batter in the inning. WNCC led 12-6 after the top of the sixth.

The Cougars held Lamar scoreless in the bottom of the sixth and then came back around and plated another 10 runs on two hits, both off the bat of Ty McAninch to lead 22-6

Lamar scored one in the seventh but couldn’t get any closer as the game was called because of the 10-run rule.

McAninch led the way with a perfect 4-for-4 day with two RBIs and three runs scored. Also getting a pair of singles were Orozco and Kinneberg. Kinneberg had four RBIs and two runs scored in the win, while Orozco scored four times with a RBI.

Jerson Morales picked up the win in relief, throwing 3 2/3 innings. Morales allowed just one hit and one run while striking out six.