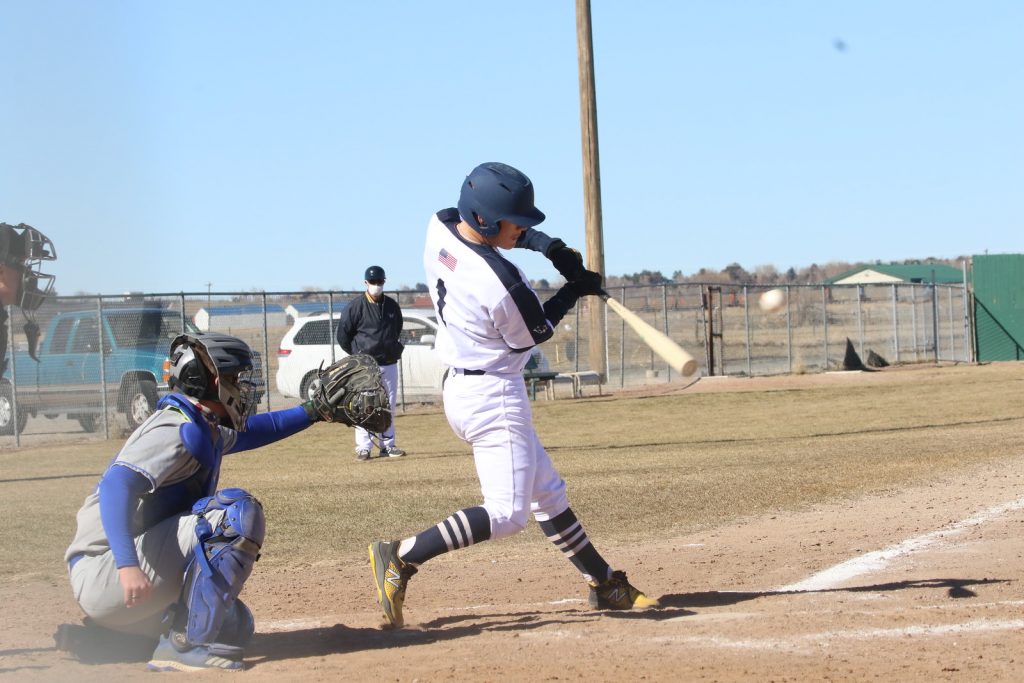 WNCC captured the first game 7-5 by scoring four times in the seventh inning for the win. Game two saw Otero score late to claim the 8-6 win.

WNCC will be back in action Tuesday and Wednesday when Miles Community College comes to Cleveland Field.

Sunday’s first game was a decent contest. Otero scored all five of their runs in the fifth inning to grab a 5-3 lead. WNCC, before that Rattler rally, scored two in the second and one in the top of the fifth for a 3-0 lead.

WNCC’s fifth-inning run came off the bat of Jayden Orozco, who doubled home Joey Olson for the 3-0 lead.

Otero scored five in the bottom of the frame to lead 5-3. WNCC went back in front with a 4-run seventh inning.

The seventh started as Alcantara and Olson were both hit by a pitch. Orozco then earned a four-pitch walk. Mikey Felton then walked to bring in one run and then Matt Womack singled to score another run to tie the game at 5-5.

WNCC wasn’t finished. Fabricus scored a run on a Sacrifice fly followed by Kinneberg singling home Felton for the 7-5 lead.

WNCC managed nine hits in the contest. Matt Womack and Joe Kinneberg were the only two with multiple hits. Womack had an RBI while Kinneberg scored a run and had an RBI. Orozco had the only extra base hit with a double.

WNCC used four pitchers in the game. Noah Baumann picked up the win in relief, going just one inning in stri9king out one and allowing one hit. Owen Vantillo earned the save with a strikeout. Dawson Hurford and Chandler Young also saw action. Hurford tossed 4 2/3 innings in allowing three runs, five hits, and striking out six. Young tossed a third of an inning in allowing two runs and one hit.

The second game saw WNCC score first in the second inning as JT Cafferty singled on Helton for the 1-0 lead with two outs.

Otero answered with four runs in the bottom of the second to grab a 4-1 lead. WNCC rebounded with three in the top of the third to tied the game at 4-4. Caleb Coats led off with a walk. Orozco followed with a 2-out, 2-run home run to bring WNCC to within one. Otero walked the bases loaded and Felton scores the tying run on a wild pitch.

WNCC went back in front 5-4 with a single run in the fifth as Felton singles and scores once again on a wild pitch.

The lead was short-lived as Otero came back to score three in the fifth to lead 7-5. Both teams scored single runs in the sixth as Otero earned the win 8-6.

WNCC only had six hits in the contest. Felton had two hits with three runs scored and an RBI. Orozco had the only extra base hit with a home run. Orozco also had two RBIs.