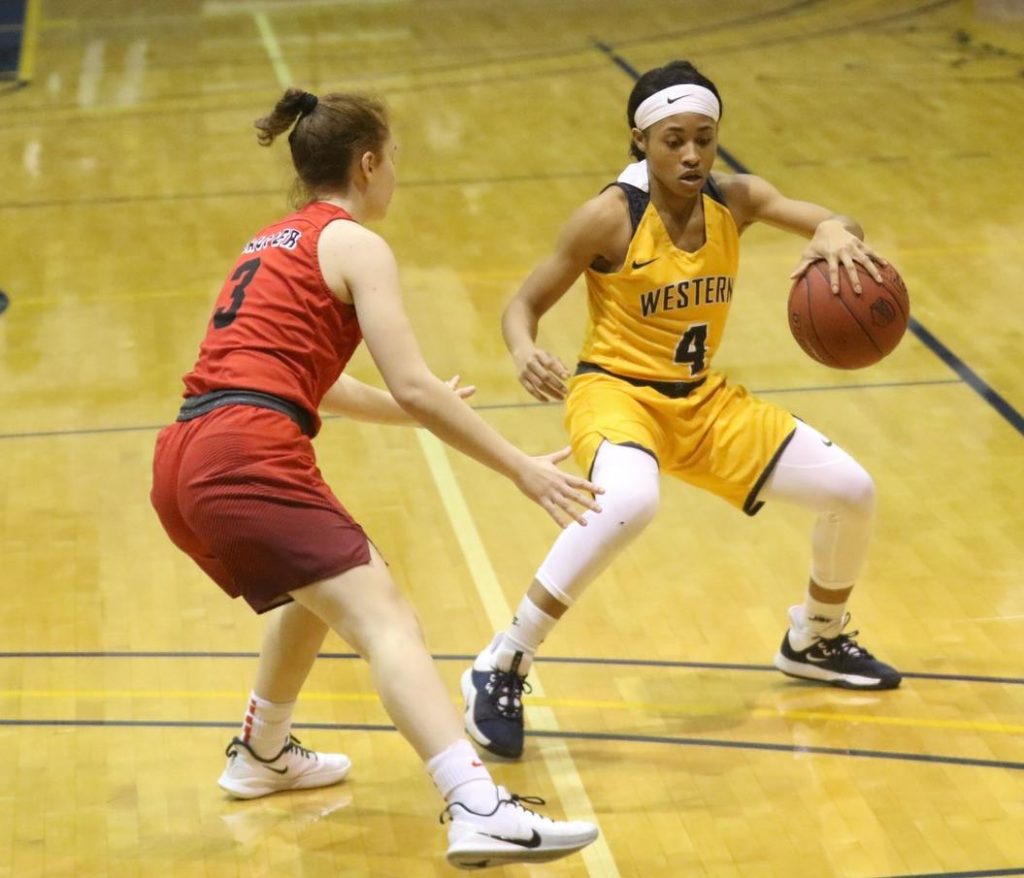 CASPER, Wyo. – The second-ranked Western Nebraska Community College women’s basketball team buried 10 3-pointers and got off to a quick start in rolling to an 84-49 Region IX quarterfinal win over Sheridan College Thursday afternoon in Casper, Wyoming.

R’Manie Pulling had the hot hand on the tonight finishing with 28 points including burying five 3-pointers.

“I thought we did a great job of jumping on Sheridan early,” WNCC head coach Chad Gibney said. “I thought we shot the ball well especially in the first half. We did exactly what we needed to do.”

WNCC, 27-1 and winners of 25 straight, move into the semifinals when they will face Gillette College at 5 p.m. Gillette was a 61-51 winner over Northeastern Junior College.

Gibney said his team will need to be ready against a talented Gillette team.

“They are an extremely talented team,” Gibney said. “They can really score and they really get out on transition and they are an high-powered offense. They will present several challenges for us.”

Pulling had the hot hand early and Gibney said she played well on both sides of the ball.

“R’Manie played a really good game on both sides of the ball,” he said. “She set the tone early and made a lot of jumpshots.”

WNCC set the tone early as they rolled to a 22-7 first-quarter lead. The Cougars continued excelling on offense, outscoring the Generals 28-15 in the second quarter as they raced to a 50-22 halftime lead.

The Cougars stayed strong in the second half, leading 65-33 after three periods and outscoring Sheridan 19-16 in the final stanza.

WNCC also got nine points from Maddy Campbell while Lidsey Mahoukou and Taylor Joplin each had six points.

Mahoukou led the team on the boards with 10 rebounds, while Morehouse finished with seven assists.

The difference in the game was shooting, where the Cougars were 45 percent from the field while holding Sheridan to 25 percent. WNCC buried 10 treys to just four for the Generals.