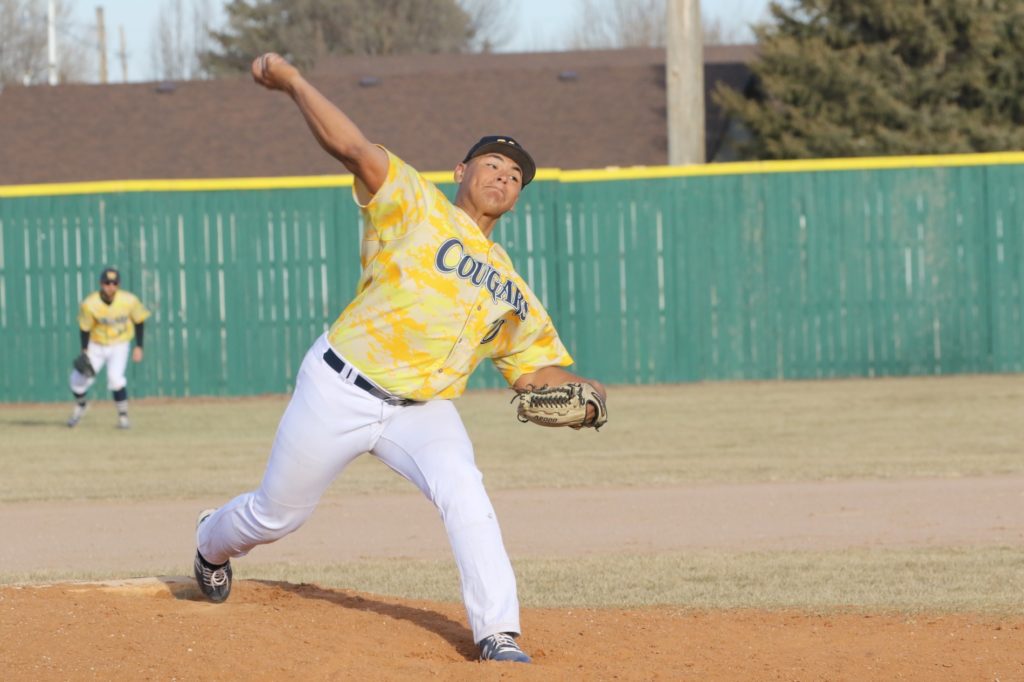 In the first game, WNCC managed just two hits in falling to the Cougars from Kansas 10-0. The second contest saw WNCC score three runs early, but Barton was too much in registering the 12-4 game two victory at Cleveland Field.

The second game was much better played than the first game. WNCC grabbed an early lead and allowed Barton to score four runs each in the fourth and seventh inning to get the victory.

Barton led off the first with a run, but WNCC answered with three in the first on two hits. Ethan “Q” Miller led off with a walk followed by Luis Alcantara getting a single. Jayden Orozco followed with a single score Miller and then Joe Kinneberg reached on an error that scored Alcantara and Orozco for the 3-1 lead.

Barton kept the offense going, scoring one in the second and took the lead at 4-3 with a single run In the top of the third. WNCC answered in the bottom of the third with a run to tie the game at 4-4. Orozco started the rally with a 2-out double and scored on a Ty McAninch single.

Barton doubled up the score in the fourth with four runs at 8-4 and added four more runs in the seventh for the 12-4 lead.

WNCC had just six hits in the contest. Orozco and Alcantara each had two hits. Orozco also had a double with two runs scored. Also getting singles for the Cougars were McAninch and Orey Fricke.

Kyler Harris took the loss on the mound, going 3 1/3 innings allowing seven hits, eight runs, and he struck out four.

Paul Panduro followed with 3 2/3 innings where he scattered four hits and four runs.

The first game saw a scoreless first inning, but Barton plated four in the second, added a single run in the third and put the game away with a five spot in the fifth for the 10-0 win in six innings.

Gering’s two hits were singles from Miller and Fritsch to lead off the game for the Cougars. After that, WNCC was silenced without a base hit the rest of the game. Miller was the only other baserunner in the game when he walked in the third inning.

WNCC will be back in action this weekend when they travel to Lamar, Colorado, to face Lamar Community College in Empire Conference contests.