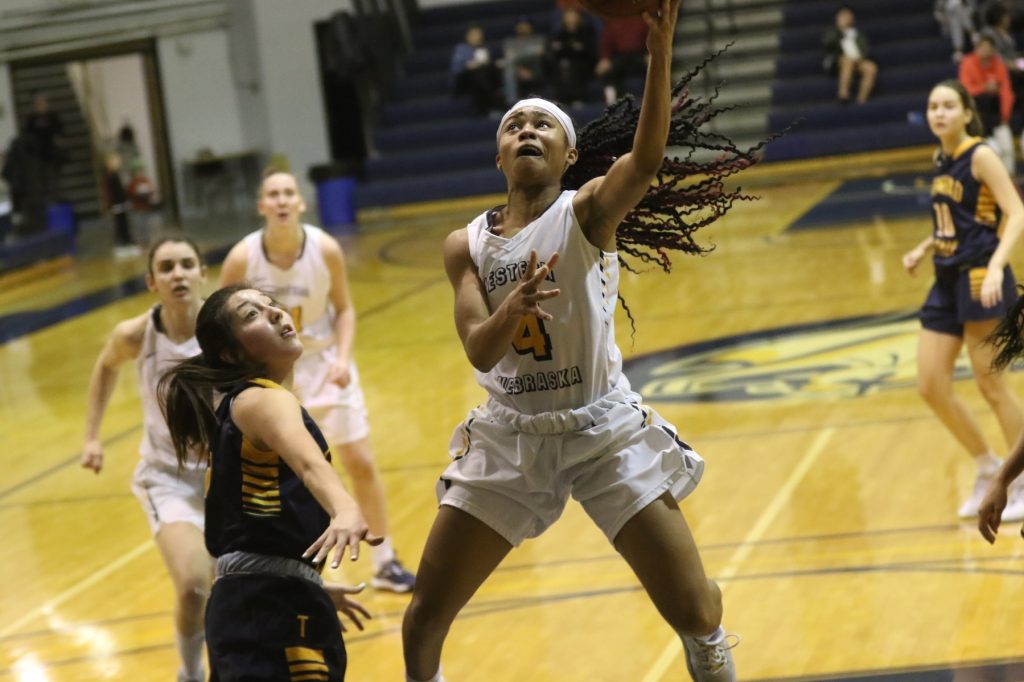 WNCC coach Chad Gibney, who was named the South Coach of the Year, said his team didn’t play its best game.

“We battled hard and lost to a really good team on the road,” Gibney said. “Excited for an opportunity to hopefully have an at-large bid and go to the national tournament.”

WNCC falls to 28-2 and saw their 26-game winning streak snapped. The Cougars, however, have beaten plenty of ranked teams this season, including No. 15 Casper College and No. 21 Gillette College, as well as teams receiving votes Utah State-Eastern and Otero Junior College.

The Cougars have been to the national tournament the last three years.

Casper and WNCC have met for the regional championship the past three seasons with the host team winning the title.

Saturday, the game was a battle to the very end.

WNCC led 5-2 early on five points from Taylor Joplin. Casper came back and wen on a 11-0 run to lead 13-5 before the Thunderbirds held a 13-9 lead after the first quarter.

The second quarter saw WNCC start to open up the offense, outscoring Casper 23-19. WNCC used mini runs and finally tied the game at 29-29 on a Tishara Morehouse bucket. Casper came back and hit a trey to take a 32-29 lead. Morehouse then hit a 3-pointer to end the half to send the teams tied at 32 into the lockerroom.

WNCC and Casper traded buckets in the third quarter. WNCC opened a 40-36 lead and led 50-46 at the end of three periods after Zarrea Coleman hit a trey.

WNCC kept playing well early in the fourth, running to a 54-48 lead after bucket by Joplin and Yuliana Valcheva. Casper came back with a 10-0 run to lead 58-54. Casper led late 62-56 but saw WNCC come back as R’Manie Pulling hit two free throws and then Joplin hit a trey to bring the Cougars to 62-61.

Casper hit a bucket with 47 seconds left to go up three points. Morehouse followed with an old-fashioned 3-point play with 32 seconds to play to tie the game at 64-64. With the game looking as if it was going to go into overtime, Casper was fouled with 3.6 seconds to play and hit two free throws. WNCC had 3.6 seconds to try to tie or win the game but the final shot was off the mark giving the Thunderbirds the automatic berth into the national tournament.

WNCC had three players in double figures. Morehouse led the way with 20 points followed by Valcheva with 11 points and Joplin with 10.