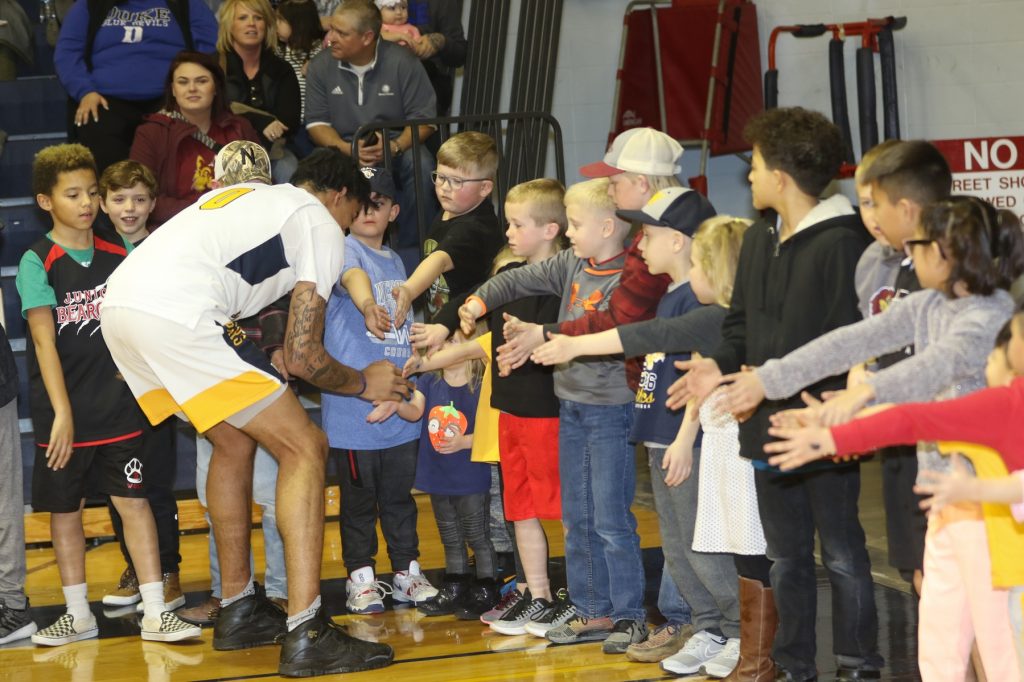 STERLING, Colo. – The Western Nebraska Community College men’s basketball team had a strong first half, but then struggled in the second half in falling to Northeastern Junior College 94-84 in the semifinals of the Region IX tournament in Sterling, Colorado, Friday night.

NJC moves into the title game where they will face Western Wyoming Community College. The Mustangs topped Gillette College 87-74.

“With great sadness we have concluded our 2020 season,” he said. “We expect to win championships for our college and community. Today, we fell short of our ultimate goal, but more importantly it was a season of learning valuable lessons.

“Congratulations to Coach Trinkle and NJC as they earned the opportunity to host and protected their home floor against us. To our players and our coaches, I am grateful for the investment of time and energy. To our college, community, and alumni, we will be back at work tomorrow working towards the next best team at Western Nebraska.”

After that, WNCC stayed in front and led 43-40 after NJC buried a 3-pointer to end the half.

The second half saw the shooting woes start for WNCC. WNCC missed plenty of easy buckets, but still were within striking distance. WNCC fell behind early in the second quarter as NJC opened the second half on a 14-5 run to lead 54-48. WNCC battled back to trail by six points, 68-62, at one point.

A big reason for NJC’s second half scoring spree was the outside shooting of Dalton Knecht, who buried six total 3-pointers. NJC made 11 treys on the night compared to just four for WNCC.

Still, the Cougars stayed strong and trailed by 10 points late at 84-74 and sliced the lead to eight points at 90-82 on a Kenny Strawbridge trey.

But NJC came back down the court and nailed a 3-pointer and earned the 10-point win.

Allen led the way with 36 points, including burying two treys and going 12 of 14 from the charity stripe. Allen added 10 rebounds to his game on the night along with four assists.

Strawbridge chipped in 25 points with two treys and eight rebounds, while Kalen Williams had 13 points.