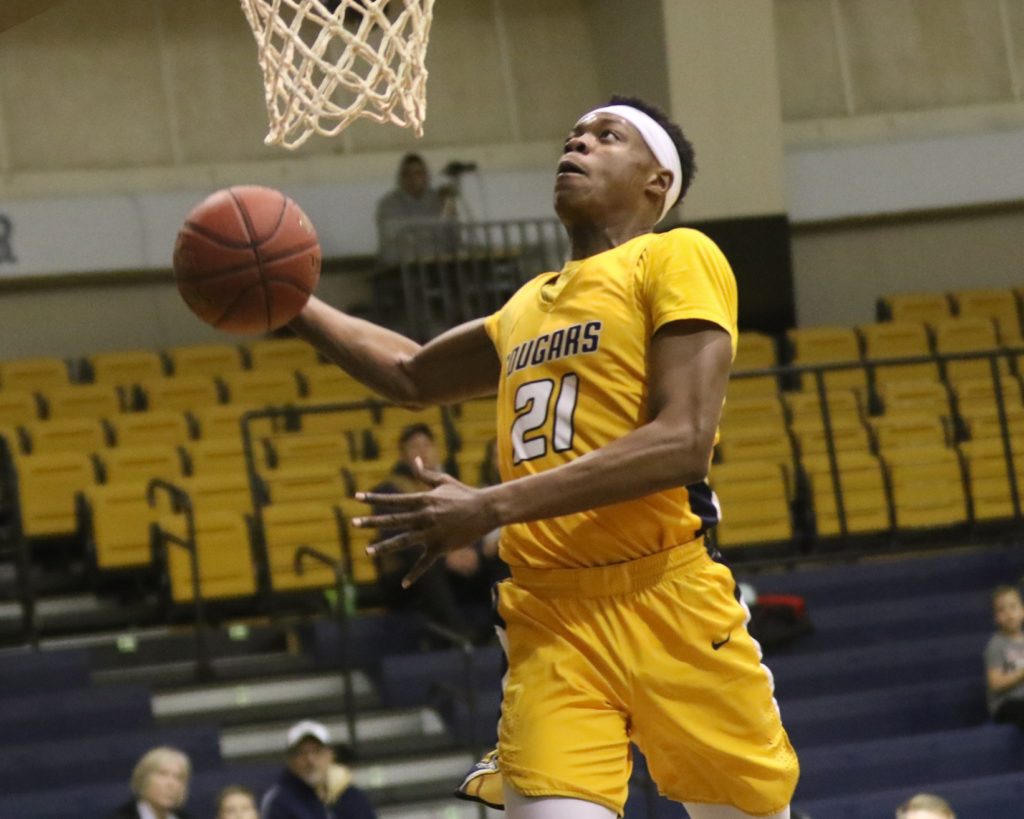 Action in the conference doubleheader will begin with the No. 9 Cougar women facing the Plainswomen at 5:30 p.m. followed by the men’s contest.

The men’s action will pit two teams that are similar in overall records. The Cougars come in with a 10-5 record and are on a 6-game winning streak. WNCC opened the second semester with an impressive win over Laramie County Community College 93-56 on Saturday.

The NJC men, who are 9-6 on the season, are coming off a 75-62 defeat to Air Force Prep on Wednesday. NJC opened the season with seven straight wins before losing five straight.

The Plainsmen are scoring 79.4 points a game and allowing just 68.9 points. NJC has two players averaging in double figures, led my Mohamed Diallo at 12.1 points followed by Dalton Knecht at 12 points a game.

WNCC is scoring at a whopping 91.3 points a game, but the Cougars are allowing 83.6 points a contest. WNCC has scored 90 or more points in six of its last seven contests.

Teddy Allen leads the way at 31.3 points. Allen leads the NJCAA in scoring. Allen, who verbally committed to be a Nebraska Husker next year last month, has already nailed 34 3-pointers. He is also one of the top free throw shooters in the nation at 90.1 percent (100-of-111). Allen is ninth in the country in free throw shooting percentage. Allen is tied for third in the nation with his 100 made free throws.

After Allen, Tayler Johnson, who became eligible this semester, is averaging 15 points a game. Johnson is a transfer from the University of Northern Iowa where he was a football recruit.

Kenny Strawbridge is next in averaging 13 points a contest while James Felton is pouring in 11.2 points.

Jarred Rosser is scoring at 9.1 points a contest followed by Jordan Smith at 8.2 points, Kalen Williams at 8.1, and Elie Cadet at eight points.

The WNCC women will open the second semester with its first contest of the 2020. The Cougars enter the South sub-region opener with a 15-1 record and a No. 9 ranking in the NJCAA. WNCC will face an NJC team that is 7-7 on the season. This will be NJC’s fourth contest in January.

NJC last played Eastern Wyoming College on Monday, earning a 72-66 victory. The Plainswomen opened the new year Jan. 4 and 5 at Sheridan, topping the Wyoming All-stars 82-39 before falling to Sheridan College 68-50.

WNCC enters the new year riding a 13-game winning streak. The Cougars only defeat came in the third game of the season against now No. 4-ranked Hutchinson Community College 64-59.

The Plainswomen have three players averaging in double figures. Brionna McBride is averaging 16.5 points a contest followed by Aleksandra Ratnikava at 13.7 and then Taylor Williams at 10.2 points.

WNCC also has three players averaging in double figures. Tishara Morehouse is scoring at a 21.1. Morehouse is 10th in the nation in scoring.

Also averaging double digits is Yuliyana Valcheva at 11.3 points a contest followed by Lidsey Mahoukou at 11.1 points. R’Manie Pulling is right behind at 9.1 points followed by Taylor Joplin at 8.5 points a game.

After Friday’s conference opener, the Cougar women and men will host McCook Community College on Tuesday night. The Scottsbluff drill team is scheduled to perform at halftime of the men’s contest.

These are the first conference games for the South sub-region. The men’s South winner will host the Region IX tournament in March. The North sub-region, which opened the season with games on Wednesday, will have the women’s conference champion hosting the regional tournament.

Friday’s contest can be heard on KOZY 101.3 FM or online at https://listen.streamon.fm/kozy.