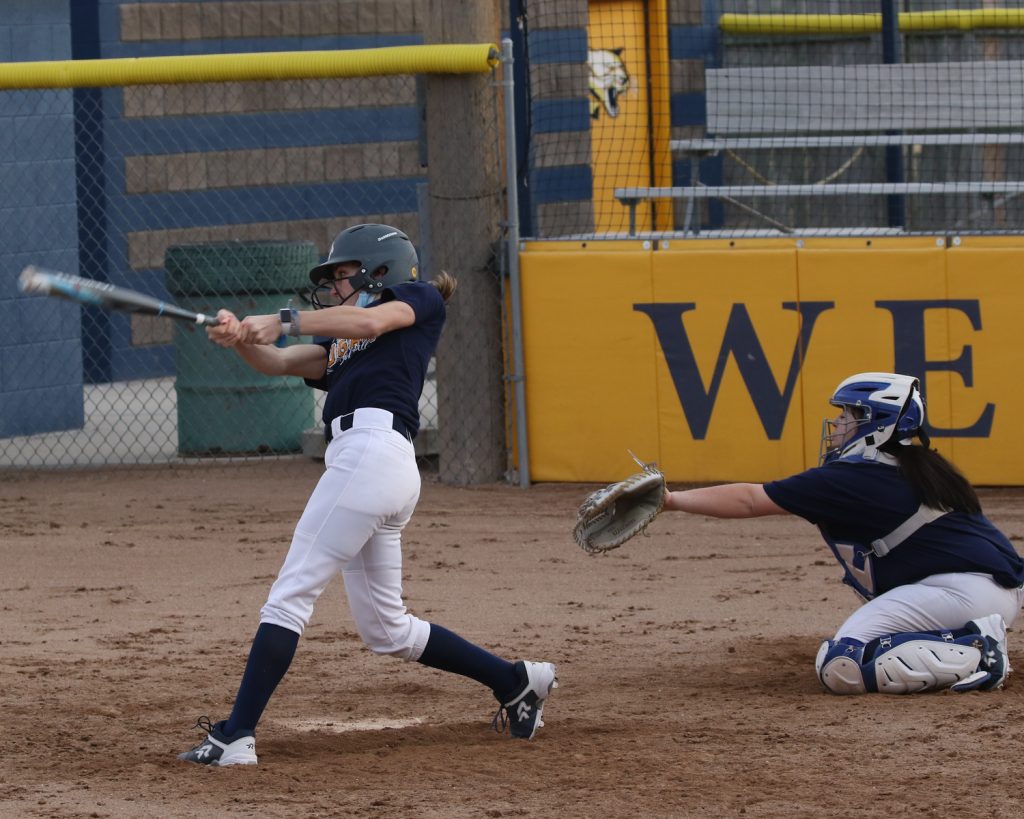 The Cougars, who haven’t played a game since March 5, were one-hit by NJC’s Stacy Butt in falling to the Plainswomen 19-0.

The second game saw a little more offense and the Cougars were striking distance until NJC scored eight in the fourth for the 14-4, five-inning win.

WNCC started game two as Bailey Blanchard led off with a solo home run for the 1-0 lead. NJC answered with three runs. The Cougars came right back with a single run in the second as Mackenzie Bakel singles home Bella Coffman to make it 3-2.

WNCC couldn’t get any closer as NJC added eight runs in the bottom of the fourth for the 14-4 win.

WNCC finished game two with eight hits. Bakel led the way with two hits with two singles and a run scored and an RBI. Blanchard had the only extra base hit with a home run. Chayden Chong finished with two hits.

The first game saw NJC score 19 runs on 14 hits. NJC’s Butt had a no-hitter going until Bakel singled with two outs in the fifth inning to break up the 5-inning no-hit attempt.

WNCC and NJC will be back in action Sunday at Sterling, Colorado, for another conference doubleheader.