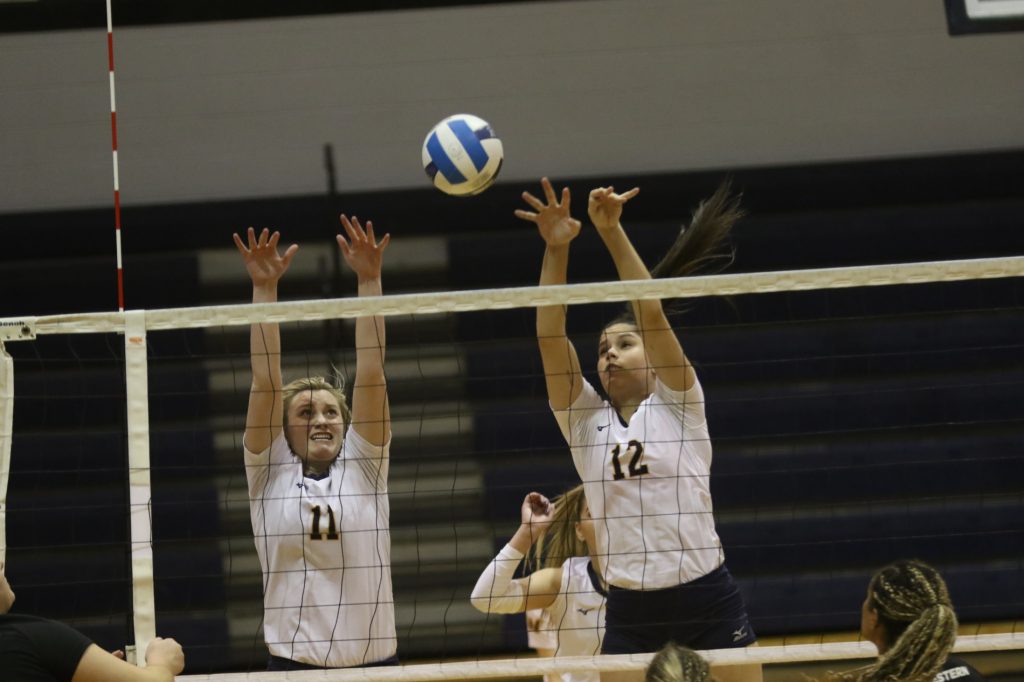 The Cougars opened the day sweeping past McCook in a South Sub-region encounter behind a 14-point kill match from Anuhea Kaohi.

The Cougars started the day with an impressive win over McCook. The Cougars led from start to finish in the first set against the Indians. WNCC led 4-0 after three service points from Andrea Tsvetanova and pushed the lead to 10-5 after a Macey Boggs point. WNCC stretched the lead to 15-6 after Mariah Fukamoto had four points.

The Cougars continued clicking on all cylinders as they led 22-10. McCook tried to make a comeback, cutting the lead to 22-13 and later 24-16, but Schaub ended the first set with a kill.

The second set started out close. With things tied at 4-4, Angel Nahinu had a kill and then Fukamoto had five straight points for a 10-4 Cougar lead. McCook cut the lead to 21-18 but two Alex Hernandez points put things t 24-18.

McCook started the third set up 2-0. WNCC came back to lead 5-2 after four Tsvetanova points including three aces. McCook tied the third set at 6-6 and later 8-8. Kaohi had a kill and Boggs had four points, including two aces and two kills from Schaub to put WNCC up 13-8.

The final match of the day was a battle between two Top 10 ranked teams and the two teams battled. WNCC started the first set leading 5-2 after three Hernandez points and led 7-3 on a Cordero ace serve. Iowa Western came back to tie the set at 9-9 and went on to lead 17-10 after four service points from Lorraine Perez.

Iowa Western led 19-12 when the Cougars tried coming back, slicing the lead to 19-14 but Iowa Western’s Leah Palensky from Papillion-Lavista South High School served five straight points to give the Reivers the 25-14 win.

The second set was back and forth and a good battle between the two ranked teams. Iowa Western went up by three points a couple times, including 12-9. WNCC came back to grab a 15-14 lead after two Holleigh Jaime services points. WNCC led 17-16 before the Reivers went on a couple crucial service runs. First it was Iremmur Elmas with fouir points for a 21-17 lead and then Palensky served the final three points for the 25-18 win.

Iowa Western started the third set on fire as Perez had three service points for a 3-0 lead followed by Elmas with five points for a 9-1 lead.

The two teams kept trading points. Iowa Western was up 17-15 before Yadhira Anchante had four points for a 22-15 Reiver lead. WNCC came back to slice the deficit to 23-19 on two Jaime points, but Iowa Western captured the win25-20.

WNCC’s hitting against Iowa Western wasn’t on as Cordero led the way with 11 kills followed by Kaohi with seven, Schaub and Hernandez with two each, and Elli Winkler with one.

Cordero also had five digs and two points while Schaub had two digs.

WNCC will be back in action on Tuesday when they host Eastern Wyoming College at 7 p.m.