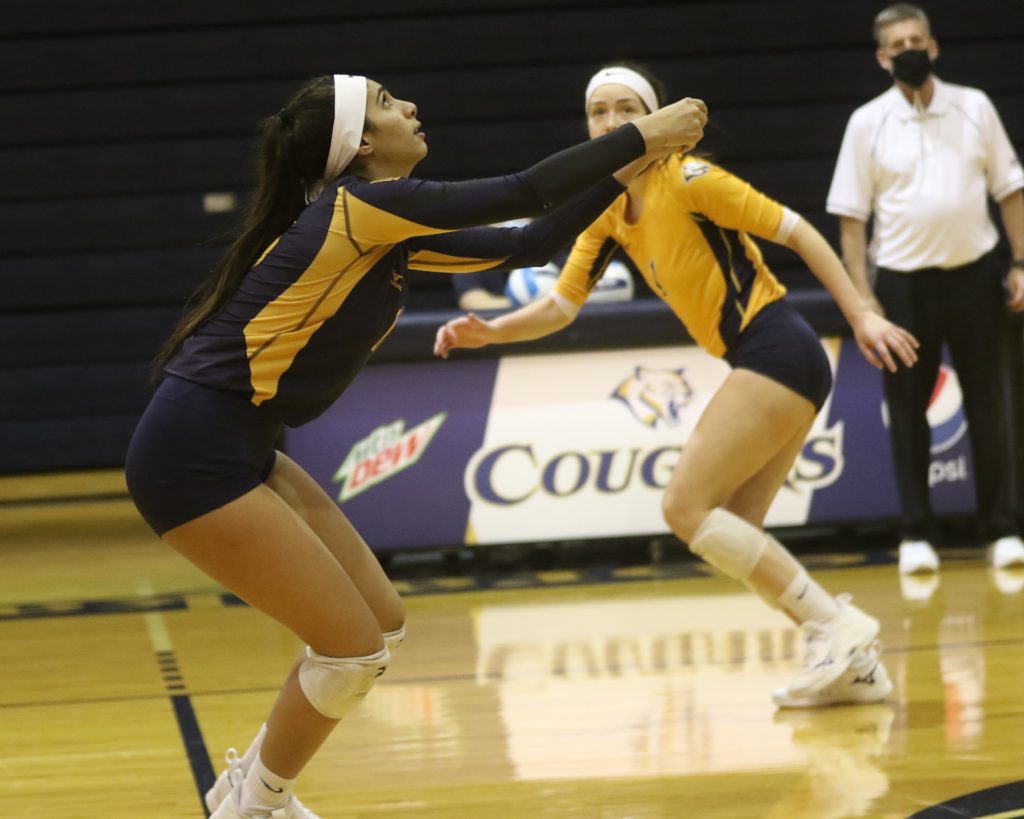 WNCC, 23-5, will now turn its attention to the Region IX tournament which begins March 31 in Casper, Wyoming. WNCC has the No. 1 seed from the South and will play the winner of the first-round game between the North 4/South 5 winner. Pairing for the regional tournament should be released Monday.

Friday’s regular season final was dominated by WNCC with plenty of players stepping up.

The Cougar volleyball team will have a sophomore recognition at halftime of the Cougar men’s basketball game with Otero on Sunday. That basketball game starts at 2 p.m. at Cougar Palace. The seven sophomores that will be recognized are Karen Cordero, Olivia Schaub, Anabelle Gillen, Alex Hernandez, Anuhea Kaohi, Andrea Tsvetanova, and Laura Ferrao.