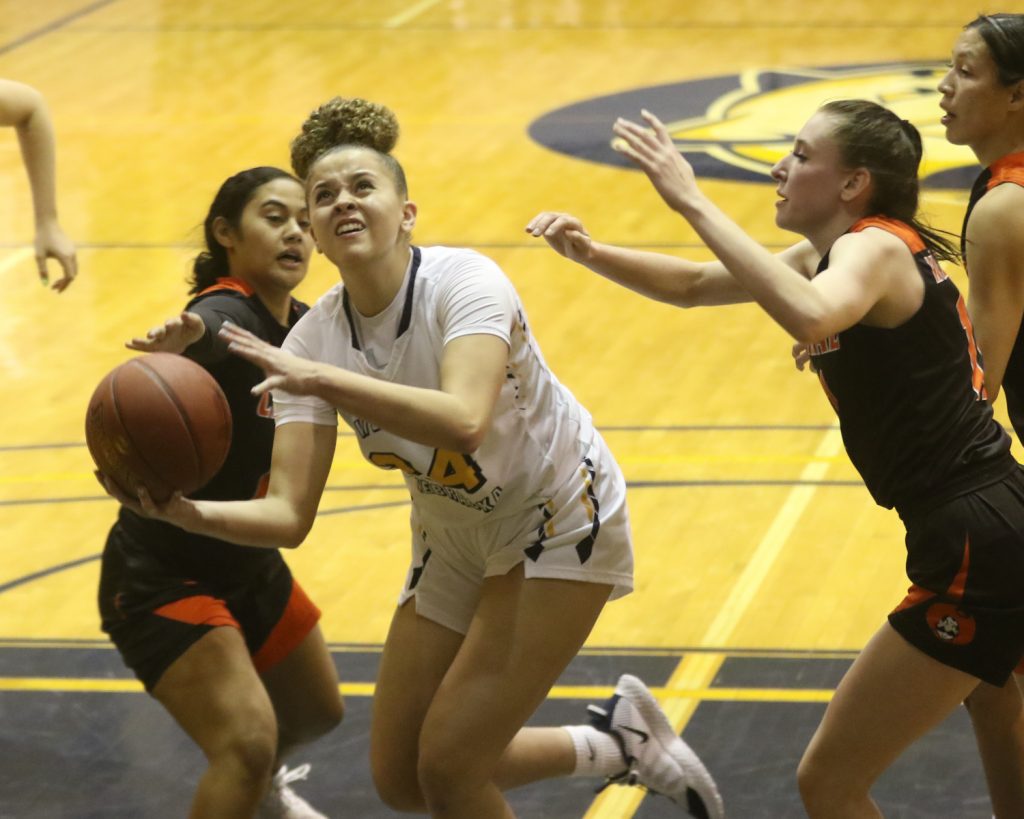 CASPER, Wyo. – It was a battle of ranked teams between No. 22 Western Nebraska Community College and No. 10 Casper College and the two teams needed double overtime before a winner would be declared.

In the end, WNCC fell 95-88 in double overtime as Casper outscored the Cougars 16-9 in the second overtime for the win Wednesday evening.

It was also the first time the Cougars have played an overtime game in over 10 years; the last time coming on January 23, 2010, when the Cougars defeated Northeast Nebraska 93-89 in overtime.

In fact, that game back in 2010 was the most points scored by both teams with 182. That record, however, is no longer as Wednesday’s game with Casper takes over the top spot after the two teams scored a combined 183 points.

The contest was a battle between the two ranked teams. The two teams last bet in last year’s Region IX championship game in which Casper won 66-64. Wednesday’s game would be much the same intensity plus some.

The second half was back and forth as well. WNCC led 26-20 after five points from Lidsey Mahoukou. Casper cut the lead to one, 26-25, only to watch WNCC go back up 32-25 on back-to-back old-fashioned 3-point plays by Martrice Brooks and Alejah Douglas. The lead didn’t last as Casper took a 39-37 lead into halftime.

The third quarter was dominated by WNCC as they outscored Casper 21-11 to grab a 58-50 lead, setting up a dramatic fourth quarter.

The Cougars built a 10-point lead at one time only to watch Casper come bolting back, grabbing a 70-68 lead. Ky Buell nailed a 3-pointer to put the Cougars back on top at 71-70. Moments later, Casper took a 73-71 lead on two free throws. Douglas answered right back with 19 seconds to play with two free throws to tie the game.

Casper then turned the ball over with 2.4 seconds to play, giving the Cougars a chance at a game-winning shot. The Cougars, however, got called for a 5-second call, handing the ball to Casper, but Casper couldn’t do anything, forcing overtime.

Casper opened the second overtime period with four straight points. WNCC came right back as Shanti Henry nailed a trey and then Douglas hit one of two free throws to tie the game at 83. The Thunderbirds scored seven unanswered points to hold a 90-83 lead. WNCC only could cut the score to five points on a couple occasions as the Thunderbirds held off the Cougars down the stretch.

Both teams finished with 41 rebounds. Mahoukou led both teams with 13 boards while Bella Sparaco tallied seven.

WNCC had four players finish in double figures. Mahoukou led the way with 23 points followed by Douglas with 22. Buell had 12 followed by Ashley Panem with 11.

WNCC, 5-2, will be back in action next week with three games. WNCC will travel to face Eastern Wyoming College on Tuesday before hosting Northwest College on Friday and then Central Community College-Columbus Saturday afternoon.