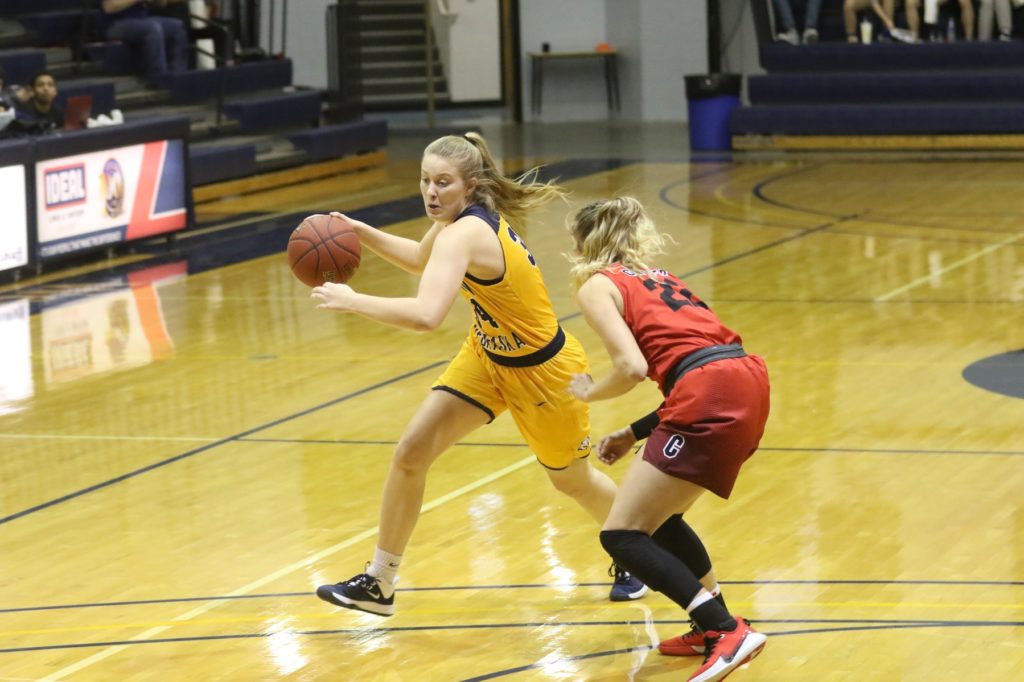 CHEYENNE, Wyo. – The 9th-ranked Western Nebraska Community College women’s basketball team received a double-double from Yuliyana Valcheva while putting six in double figures in rolling to a 102-76 win over the Colorado Springs Ballers.

The win was the Cougars 13th straight and pushed the team to 15-1 on the season entering the holiday break.

The story, though, was WNCC’s offensive attack, where the Cougars buried 12 3-pointers and shot 47 percent from the field.

Six different Cougars hit the double-figure plateau. Valcheva had a double-double of 19 points and 14 rebounds. R’Manie Pulling led both teams in scoring with 20 points with four 3-pointers.

Tishara Morehouse finished with 14 points with four treys, whole Lidsey Mahoukou had 12 points. Dezmonea Antwine and Georgia Berry each had 11 points in the win.

WNCC only trailed once in the contest early in the first. WNCC had the offense going quickly, scoring 32 first -quarter points for a 32-18 lead after the first 10 minutes. WNCC and the Ballers were equal in the second quarter with WNCC outscoring the Ballers 20-19 for a 52-37 halftime lead.

WNCC continued its offensive firepower in the third quarter, outscoring the Ballers 29-16 for a 81-53 lead after three periods.

WNCC out-rebounded the Ballers 50-32. After Valcheva’s 14 boards (seven on the offensive end and seven on the defensive side), Berry and Mahoukou each had seven boards.

WNCC dished out 19 assists in the contest. Pulling led the way with six followed by Morehouse with four.

WNCC will be back in action after the first of the year when they travel to Sterling, Colorado, to face Northeastern Junior College on January 10.