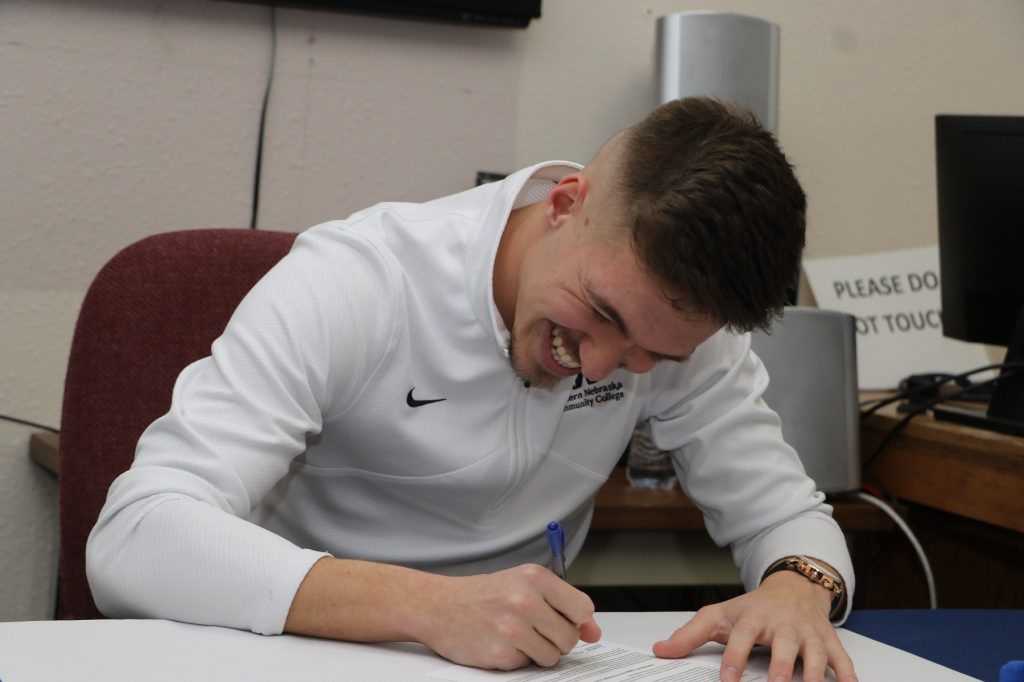 When Bernardo Torres came to Western Nebraska Community College two years ago, he didn’t realize the impact WNCC would have on his education and playing.

Now, after two years on the WNCC men’s soccer team, Torres will continue his collegiate soccer playing at Briar Cliff University in Iowa, a NAIA institution.

“After going to the visit and interest from other schools besides Briar Cliff, I choose there because the people there made me feel like home. They have a good academic program and also a good soccer program. They had a really good season which interested me a lot. They have some Brazilians there as well and they really wanted me to go there. I felt that was the right choice.”

Torres, who hails from Blumenau, Brazil, came to WNCC two years ago to play soccer and get an education. During that time, Torres became a solid midfielder for the Cougar. Torres said he is appreciative of the opportunity to play soccer in the United States.

Torres said he has improved his soccer skills while at WNCC and also meet some amazing people.

“WNCC was my first opportunity to come here and thanks to coach for giving me that,” he said. “I made a lot of wonderful people at WNCC, which I really appreciated. In the two years I have created really good friendships for myself as a person, as an athlete, and as a friend. For me it was amazing.”

Torres will be going to Briar Cliff, which is part of the GPAC Conference. He will also be playing against many of his current teammates, who also signed to play at different GPAC conference teams next year.

Briar Cliff went 13-6-1 a year ago and fell in the title game of the GPAC conference to Hastings College 2-0. The Chargers have six players from Brazil on the team now and plenty of other international and American players.

Briar Cliff, located in Sioux City, Iowa, is about the same type of environment that it is in Scottsbluff. Torres loved being at WNCC the last two years.

“I think I will miss the people here,” he said. “The community here is really small, but it is really amazing. I made really good relationships and I love them. I am used to them because I am far from home but it is always hard time to take it.”

On the soccer pitch, Torres said they had good seasons and times when he would sit down and cry, especially when he played his last game in the blue and gold Cougar uniform.

“In soccer the first year was a really good year for us. Unfortunately we didn’t make it very good when we lost 1-0 to LCCC, which was sad for us. We had a really good team,” he said. “For this year we played more like a family, so which for me was a really good experience. I think we have improved a lot which is something that will leave a good lasting impression for me. The moments we went to Denver and played all together. I cried after the last game after we lost.”

Torres is planning on majoring in business administration and might go into the side of accounting.