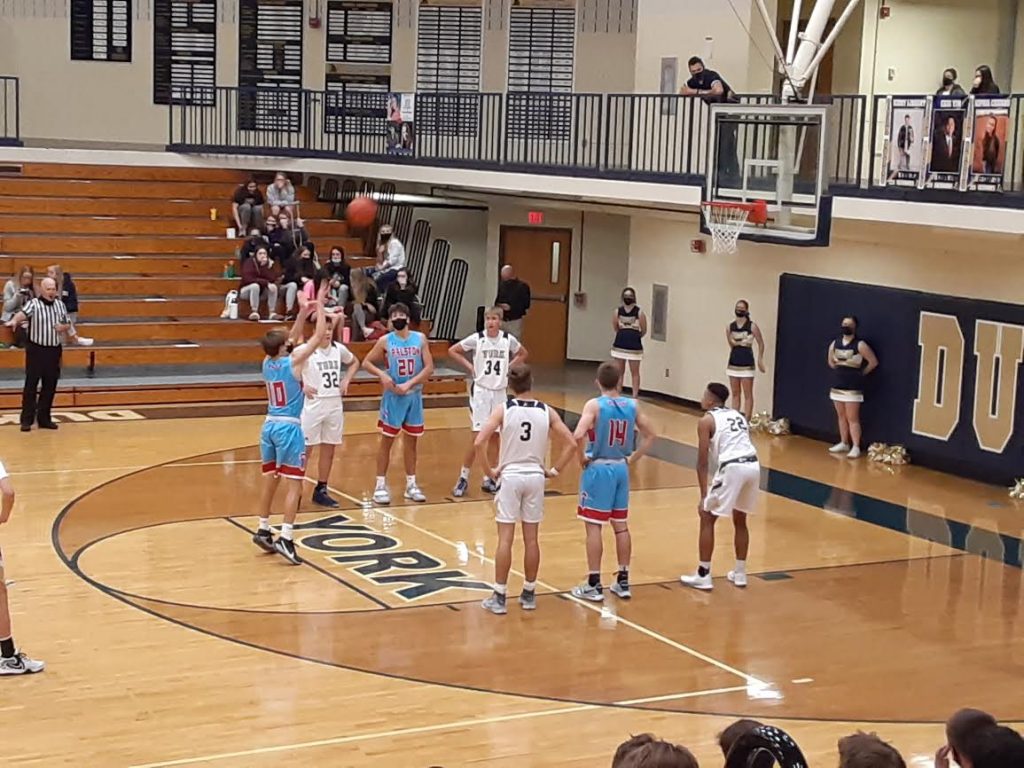 YORK-It was a tale of extremes at York High School Thursday night, as the basketball season got underway with a blowout and an overtime game! The girls game saw York absolutely annihilate the Ralston Rams 83 -11. The Duke girls were in complete control from the start, as they bolted to a 27-1 first quarter lead. It ballooned to an incredible 61-1  by halftime. The Rams scored 9 of their points from the foul line, as they were limited to just one field goal in the contest, which came with 30 seconds left in the game. York (1-0) was paced by junior Destiny Shepherd with a game high 20 points, and senior Maddie Portwine with 19.

The boys game saw York come from seven points down in the 4th quarter to tie the game and force overtime, where they outscored the visiting Ralston Rams 10-5 and pulled out a 64-59 triumph. It was a physical, blue collar game, with 48 fouls called, and two players from each team fouling out. York made 24 free throws in the game, including three clutch charity tosses by sophomore Garrett Ivey in the closing seconds of the extra period to ice the game for the Dukes. York was led by sophomore Bryson Benjamin, who came off the bench to score 12 points, while senior Chase Collingham added 11. Senior Davion Long led Ralston with 11 points.
© 2021 Nebraska Rural Radio Association. All rights reserved. Republishing, rebroadcasting, rewriting, redistributing prohibited. Copyright Information
Share: