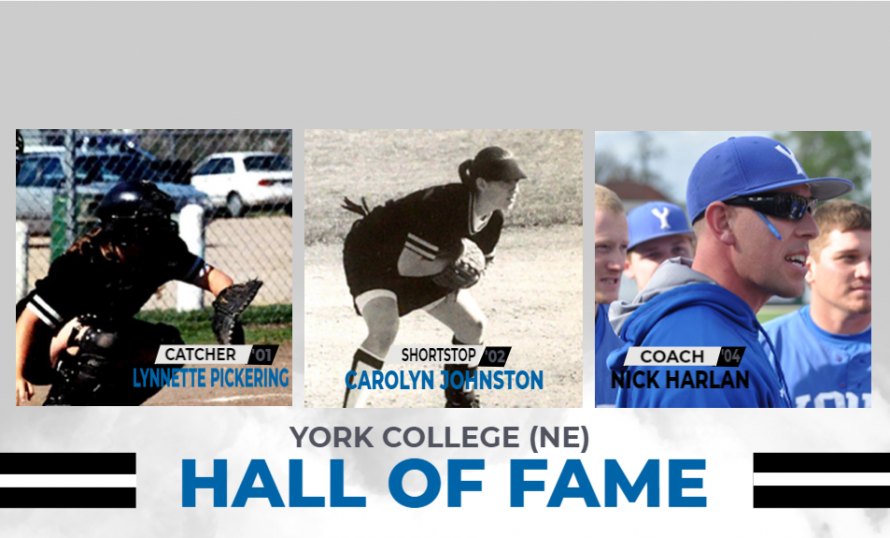 YORK – York College is excited to announce the three inductees for the 2020 Hall of Fame class. Among the honorees are two former softball players that helped sustain and build the softball program in the late 90’s, Lynnette Pickering ’01 and Carolyn (Barr ’02) Johnston. The other is the winningest head coach in the baseball program’s history, Nick Harlan ’04.

Nick Harlan eclipsed 300 wins while the head coach of the baseball program. He was the first coach to lead his team to an NAIA Regional berth doing so in 2007. After reaching the Opening Round stage five times his team broke through to the next level reaching the NAIA World Series in 2013.

Lynnette Pickering was a four-year starter for the Panthers from 1998-2001. She was instrumental in the school keeping softball as a varsity sport after her freshman year. After an interim coach was chosen Pickering helped the Panthers earn their first conference tournament berth and followed it up with the next season with an NAIA Regional berth. Pickering was a four-time MCAC honoree.

The luncheon to recognize these honorees will be on Friday, October 16 at Chances ‘R. Tickets may be reserved online or by calling (402)363-5664. Tickets are $25 and all proceeds from the event will support the athletic department at York College.