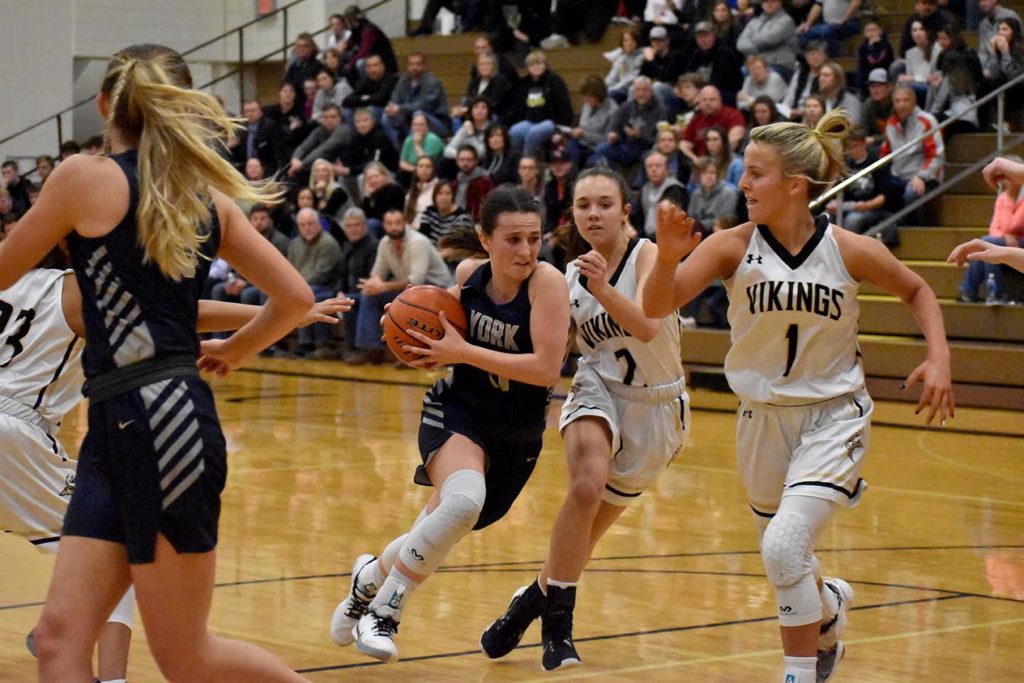 GRAND ISLAND- York and Northwest battled Tuesday evening in the Class B-6 subdistrict final and it was all Vikings as they took down the Dukes 65-39. The Vikings imposed their will right away as they led 15-7 at the end of the first period. From there, they outscored York 50-32 in the next three quarters to capture the subdistrict title.

York falls to 17-8 and unofficially was led by Maddie Portwine with 13 points. For Northwest, they move to 20-5 and Whitney Brown had 20. Even with the loss, York will play in a District Final on Saturday, we plan to provide coverage on KOOL Radio 103.5 FM, 95.9 FM, and 1370 AM and will have more information once the matchups are released.