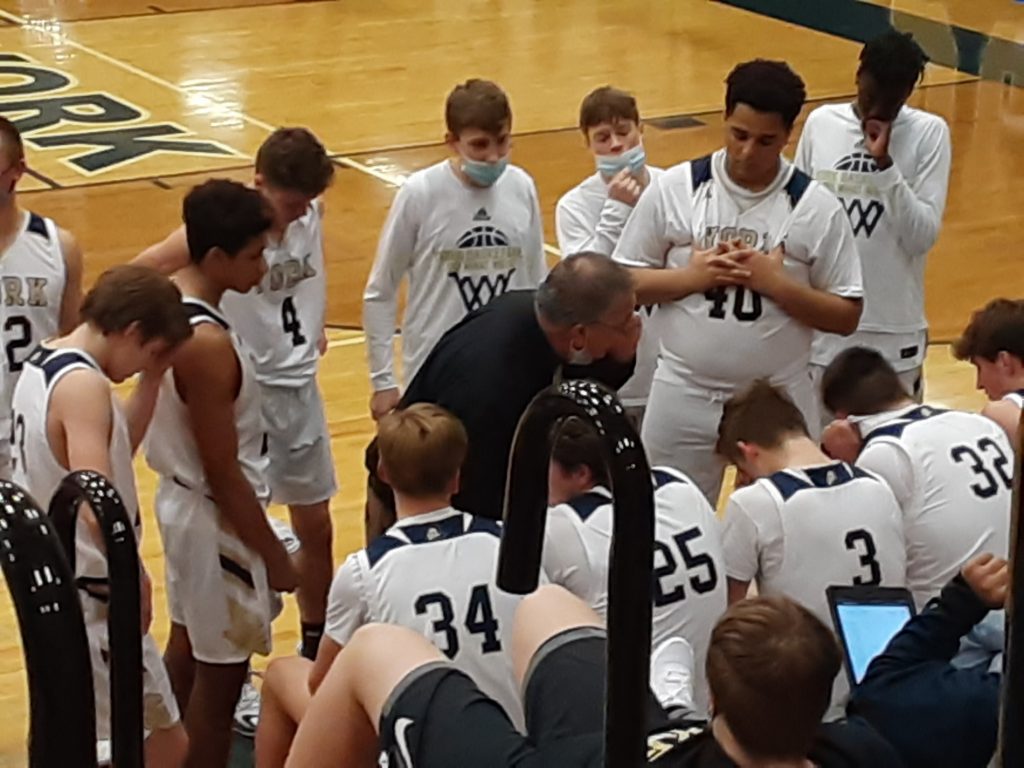 (York, NE)  In girls high school basketball action Friday night in York, the Class B 7th-rated Dukes knocked off the Seward Lady Jays 51-34, to close out their regular season at 17-3. York led throughout, building a 15-7 first quarter advantage, which they extended to 30-20 at halftime, then cruised to the 17 point victory. Senior Maddie Portwine led the Dukes with 18 game-high points, while juniors Masa Scheierman and Destiny Shepherd added 9 apiece. Seward, now 6-16, was led by junior Hanna Benedict’s 12 points. The two teams will square off again Monday at 5:30 p.m. in a Class B-6 subdistrict game at York.

In boys play, the York Dukes followed a similar script as they led wire to wire, and pulled away late for a 56-40 win over Seward. York led by 10 points after the first quarter, and Seward could get no closer than 4 the rest of the way. York (5-14) was led by senior Matt Haggadone, who scored a game-high 23 points, including 9 in the final period. Senior Jake Erwin was also in double figures with 15 points for the Dukes. Junior Sam Schroeder scored 10 for the Bluejays (7-15) . Junior Leighton Limback and sophomore Drew Covalt each added 8 points for Seward.