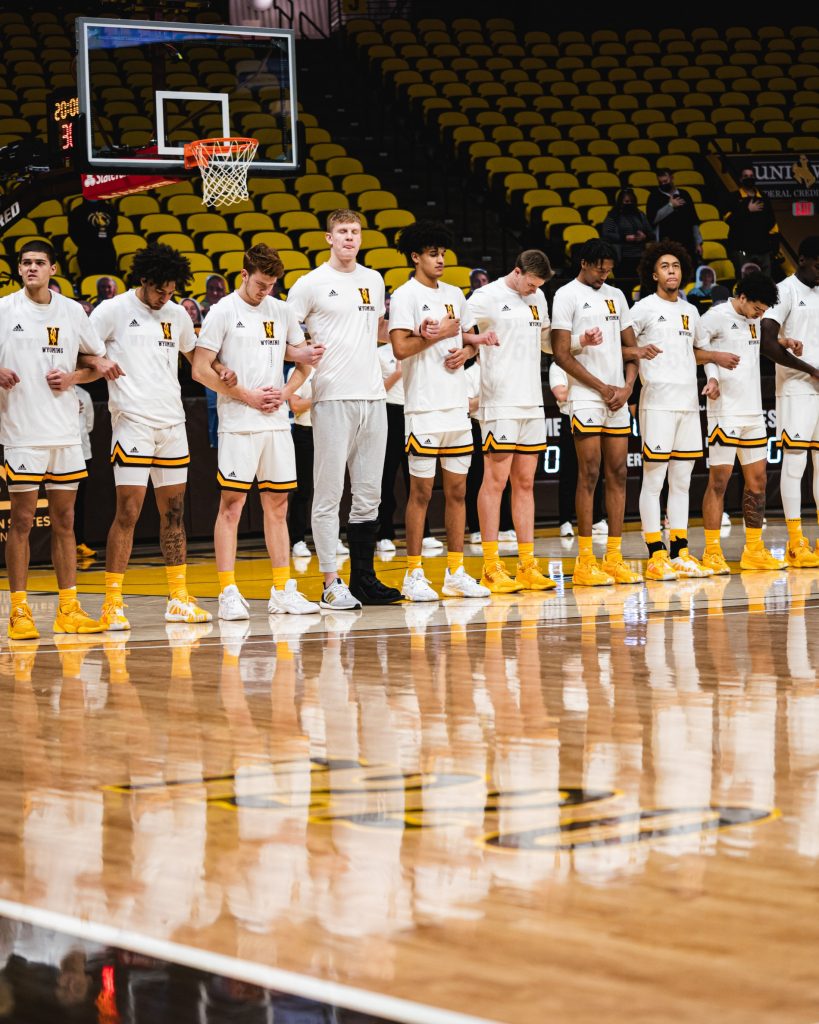 LARAMIE, Wyo. (Jan. 24, 2021) – The freshmen trio of Marcus Williams, Graham Ike and Xavier DuSell combined for 59 points to lift the Pokes past Nevada 93-88 to earn the series sweep on Sunday afternoon in the Arena-Auditorium in Laramie, Wyo. The Cowboys shot 51 percent from the field for the game including hitting their final five shots of the contest. Wyoming improves to 10-5 overall and 4-4 in conference play with the Wolf Pack falling to 10-7 overall and 5-5 in conference play.

Wyoming had five players in double-figures for the second time in the last three games. Williams led the way with 28 points going 7-of-11 from the field and 3-of-4 from behind the arc. It marked his fifth game with 20 or more points in a game. Ike added a career-high 18 points going 7-of-10 from the field and also added six rebounds for a career-high. DuSell and Kwane Marble II each added 13 points with Marble II scoring all 13 in the second half, as he tied for the team lead with seven rebounds along with juniors Drake Jeffries and Hunter Maldonado. Sophomore Kenny Foster added 11 points, but left the game with an injury in the second half.

The Cowboys knocked down 10 three pointers in the contest and have outscored opponents from behind the arc over the last three games 114-33. Wyoming scored 36 points in the paint for the night and held the Wolf Pack. Wyoming also added 16 assists on the night on 31 made baskets. The Pokes held the Nevada to 43 percent from the field, but the Wolf Pack went 30-of-38 from the line.

The Pokes got off to an early 4-0 lead thanks to a free throw from Maldonado and a triple from Williams in the opening minute of play. Wyoming made it 10-1 at the 17:01 mark of the frame with six-straight points from Foster that was sprung by great energy off the bench Ike, as has he would make it a 12-1 contest with his first career bucket.

The Wolf Pack picked up their first basket of the game at the 14:15 mark of the first frame on a layup from K.J. Hymes for 12-3 contest. Nevada made three-straight field goals and made it a 16-11 game with 11:30 left in the opening stanza.

After the Wolf Pack would make it a three-point game at 16-13, Wyoming would make three-straight buckets to make it a 23-15 game hallway through the half. The Pokes would go scoreless for over two minutes with the Wolf Pack making it a two-point contest at 23-21.

Nevada took their first lead of the game at the 3:55 mark of the first half with a layup from Warren Washington for a 29-27 Wolf Pack lead. Dusell would tie the game at 30-30 with a three pointer. The Pokes would take a 34-33 lead into the half holding the Wolf Pack without a field goal in the final three minutes of the frame.

The Wolf Pack took a 37-36 lead in the opening minute of the second half, but Marble II hit a three pointer to give Wyoming a two-point advantage at 39-37 30 seconds later. Marble II added five-straight points to give Wyoming a 44-39 lead with 17:01 left in the game.

The Pokes hit three-straight shots and took a 53-46 lead with 14:25 left in the game with Williams and Ike leading the way. But the Wolfpack would pull within two points at 57-55 with 11 minutes remaining thanks to a trio of threes from Washington.

Wyoming built the lead to seven points on a dunk from Ike following a three by DuSell for a 62-55 lead with nine minutes remaining. A three-pointer by Nevada’s Kane Milling made it a three-point contest at 69-66 with 5:31 remaining.

The Wolf Pack tied the game at 75-75 with 3:49 left in the game, but Williams responded with an and-one play seconds later to give Wyoming a 78-75 lead. A goaltending call on the Cowboys tied the game at 79-79 with 2:45 remaining.

Both teams added free throws for an 81-81 game with 2:20 remaining. DuSell knocked down a three-pointer at 1:54 left to give Wyoming an 84-81 lead, but that was answered by a pair of freebies from Grant Sherfield. But Maldonado added a layup and and-one to give Wyoming an 88-83 lead with under one minute remaining.

The Pokes knocked down free throws late to take the win 93-88 for the Pokes third-straight win.

Nevada was led by Sherfield with 26 points, as he went 13-of-14 from the free throw line. Desmond Cambridge added 16 points and Washington led the team with 12 rebounds.

The Cowboys return to action on Thursday heading to San Diego State to take on the Aztecs in a 3 p.m. MT start on FS1. 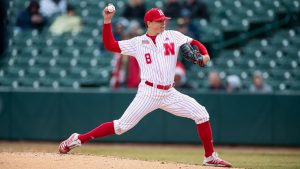 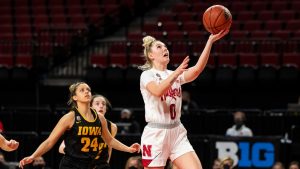