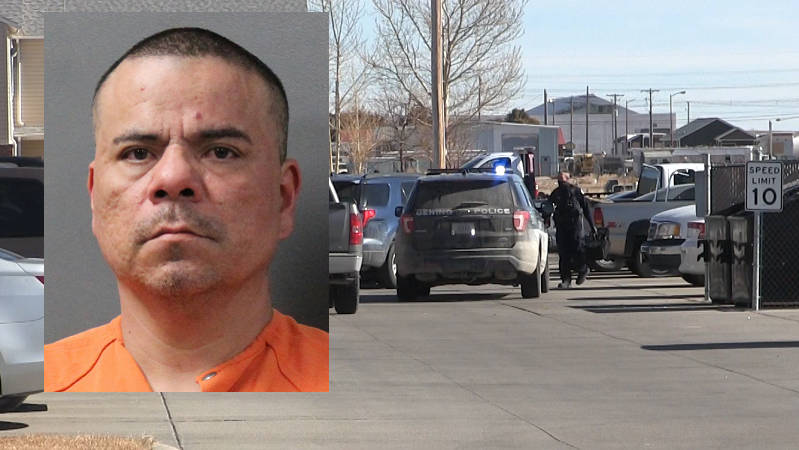 Investigation into a stolen Nebraska Lottery ticket ends with the arrest of a 44-year-old Gering man on weapons and theft charges.

Gering Police say they were notified of a panic alarm at a convenience store Tuesday afternoon, and on arrival were told by dispatchers the clerk had been notified by the state Lottery Commission someone inside was trying to cash in a stolen ticket.

Investigators say once inside, the clerk identified William Sanchez, also known as Billy Jack Little Spotted Horse, as the person trying to cash the ticket, and also told officers that lottery officials said in addition to the ticket, they were looking for a truck and a stolen firearm.

Sanchez claimed another person gave him the ticket and left to a nearby motel, and after he was arrested Sanchez admitted to having a gun in his coat pocket. A State Patrol investigator retrieved a .22 caliber pistol, later confirming the firearm and a purse had been reported stolen out of Cheyenne County. The pickup was found a few blocks away.

Sanchez was arrested on felony charges of Firearms Possession by a Prohibited Person and Possession of a Stolen Firearm, as well as misdemeanor charges of Carrying a Concealed Weapon and Theft by Receiving Stolen Property less than $500. Bond in the case was set at $150,000 with a ten percent provision.